For almost a century, men’s varsity teams at McGill University have sported red uniforms on fields and rinks and proudly called themselves Redmen. Now, the Montreal school is facing increasing internal pressure to scrap the name in a gesture of reconciliation with Indigenous people.

A referendum organized by the student union ended Monday with almost 79 per cent of students who cast a ballot voting to change the name.

The result embroils the university in a continent-wide debate over the use of Indigenous themes for sports teams. On the one side are alumni and others who say the Redmen name should be preserved for its historic roots and original meaning; on the other are those who say the name is offensive.

Students released a letter Tuesday signed by more than 100 faculty members that urges principal Suzanne Fortier to drop the team name. The letter says it “is inextricably bound-up with anti-Indigenous slurs, stereotypes and appropriative and demeaning iconography.

“It is time for our institution to acknowledge the racist history of this moniker and reckon with the harmful impacts that the ‘Redmen’ name has exerted – and continues to exert – on Indigenous Peoples and the overall health and culture of our university.”

The moniker goes back almost 100 years. It began appearing in the late 1920s, first as Red Men, then Redmen. According to Stanley Frost, a historian known as the Bard of McGill, the name referred both to the school colour and the ancestry of the university’s founder, James McGill.

“In ancient times, Celts were known as the Red Men because of their hair, still often observed among Highlander Scots,” Mr. Frost said.

Still, Indigenous themes crept in alongside the name. According to McGill Athletics and Recreation, a football coach at the school in the late 1940s began using a logo with Indigenous connotations in marketing and promotional material. In the early 1980s, a stylized logo featuring an Indigenous person in a headdress began appearing on football helmets and hockey jerseys.

References also appeared in campus media and yearbooks, where female athletes were often called a racist term. Phrases such as “Indians on warpath” and “Redman scalped” were used.

The McGill Athletics Board dropped the Indigenous logo in 1992. “We believe that the Redmen name and logo are quite separate issues,” Richard Pound, then chair of the board, said at the time. “Unless we find historical evidence which establishes that the Redmen name came from other than the colour of McGill’s uniforms, we intend to preserve the traditional name for our men’s teams."

To some former team members, the name still evokes an emotional bond to the past, and many alumni who support McGill athletics have raised concerns about seeing it disappear.

“The Redmen were and are a family,” said Michael Nelson, a former captain of the hockey team and now president of Friends of McGill Hockey. “The Redmen name is a symbol of the family that I bled and sweated for. There’s an attachment to the name … and to the people who came before me under that name.”

Mr. Nelson, a Montreal lawyer, acknowledged that some people are offended by the name. But he said in an interview Tuesday that changing it “would be the wrong gesture for the wrong reason.

“For the vast part of the [name’s] history, it referred to the colour red.”

Still, some say the university has to weigh the name change in the context of Canada’s reconciliation efforts with Indigenous peoples. McGill set up a task force on Indigenous issues that recommended last year to adopt “a McGill team name that breaks with the associations that ‘Redmen’ evokes in contemporary society.”

The student initiative has also gained support from Indigenous groups off campus.

“In Canada, at a time we’re engaged in reconciliation, this would be a minimal start,” said Ross Montour, a chief with the Mohawk Council of Kahnawake near Montreal. “It would be nice to have a new uniform and move into the 21st century and move out of the colonial 19th century.”

A McGill working group on renaming is expected to make its recommendations next month. 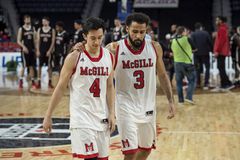 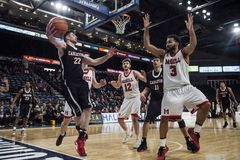