A number of Canadian universities announced that their classes will be held primarily online in the fall, acknowledging that restrictions required to contain COVID-19 may remain in place for months.

McGill University, the University of British Columbia and the University of Victoria said Monday that they expect a significant portion of fall courses will be mainly online. The universities all expressed hope that smaller classes or labs may be held in person, depending on local conditions and advice from public-health officials.

The University of Montreal informed staff on Friday that the fall semester will be largely held online.

McGill principal Suzanne Fortier said with a little more than two weeks to the deadline for students to confirm their places for September, she felt the university should be clear about what to expect.

Ms. Fortier said McGill will not reduce tuition fees for the fall term, despite calls to that effect from student groups. She said the university will try to reduce fees for services that can no longer be offered and is raising money to enhance its bursary offerings.

It’s too early to know what enrolment will be like or what impact the news of a primarily online learning experience could have, she added.

“At this point, we have a very [sizable] pool of students who want to come to McGill, but we’ll have to wait to be more certain of what enrolment in fall 2020 will look like,” Ms. Fortier said.

UBC president Santa Ono said in a message to campus on Monday that the university will offer most large classes online, with "selected smaller classes” conducted in person and with appropriate distancing measures.

University of Victoria president Jamie Cassels said similarly that the university will be offering predominantly online programming for the fall.

In an e-mail to staff on Friday, University of Montreal rector Guy Breton informed them that the fall term would be largely held online. He outlined three guiding rules for the term: Where possible, teaching should be online to reduce density on campus; there should be relatively few, carefully chosen campus activities; teaching models should be flexible.

It’s possible that other universities will follow suit in the coming weeks, but local conditions and advice from public-health officers in each province may diverge over the summer, depending on the spread of COVID-19.

Ms. Fortier said the difficulty in managing a university is that it’s a community designed to bring a wide range of people together to learn and create in a physical space, which simply isn’t possible right now.

“It's about people interacting with one another. That's the life of a university, that’s what's so exciting about a university. Now we have to do it in different circumstances,” she said. “We cannot predict with certainty what the future will look like. But we know there's a real possibility that social distancing will be necessary, that we'll have to keep two metres apart and we won't be able to bring 100 people in the same room.”

Madeline Wilson, vice-president of the Students’ Society of McGill, said she thought announcing an online fall term was the right decision. But she called on the university to make more information available about the fees that would be charged, since many services such as athletics facilities may not be available as before.

She also said it’s not clear what the policy on class grades will be. In the winter term, to make allowances for the rapid transition to online learning, McGill, like many other universities, allowed students to select a pass or fail option, which would not be included in the calculation of their grade point average.

Students considering whether to enroll, return to classes or take a gap year, need that kind of information to make an informed decision, Ms. Wilson said.

“It’s very unclear right now what policies will be in place,” she said.

Janine Mauzeroll, president of the McGill Association of University Teachers, said academic staff have been consulted extensively by the university and understand the reasons for Monday’s announcement. She said a lot of work will continue to go into preparing online classes, particularly to ensure that all students, whether they’re in Montreal or abroad, can have access to and participate in their classes (McGill has a large international student population).

Ms. Fortier said if there is a negative financial impact as a result of the COVID-19 crisis, it will not affect McGill’s academic offerings, which are a priority. She said that from looking at the data and consulting with experts at the university, it’s clear that the pandemic will have a long tail.

“It’s not over yet,” Ms. Fortier said. “I’m thinking about what assurance can we give our students and their families about what will happen in September. It’s time for them to have that information.”

Ontario shelves plan for performance-based postsecondary funding, while Alberta pushes ahead
May 6, 2020 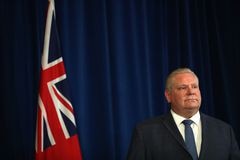 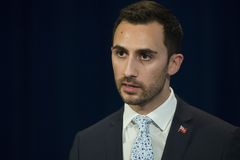 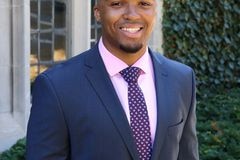