Years before Beverley McLachlin urged the Supreme Court of Canada to legalize medically assisted dying, her husband, dying of cancer, asked her to end his life with a massive dose of morphine.

The retired chief justice makes the revelation in her autobiography, Truth Be Told: My Journey Through Life and the Law, which will be released on Tuesday. It is the first published autobiography by a judge from the country’s top court. With the book, the jurist who helped spur vast changes in Canadian law breaks through the court’s culture of personal privacy and restraint.

Ms. McLachlin would not fulfill her husband’s wish in the summer of 1988, but told a doctor of the request, and wondered if the treatments that followed were only for pain, or were meant to help 47-year-old Roderick McLachlin achieve a faster death.

Five years later, the case of Sue Rodriguez, 42, who had amyotrophic lateral sclerosis (ALS), came to the Supreme Court. Ms. Rodriguez had indicated she would argue that criminalizing physician-assisted suicide violated her constitutional rights. Ms. McLachlin went to then-chief justice Antonio Lamer and asked if she should recuse herself. He said no, that judges are expected to bring their life experiences to cases.

“The frail figure of Sue Rodriguez in her wheelchair ... seared my mind,” Ms. McLachlin writes. “I knew that kind of suffering; I had lived it.”

She wrote the dissent to the court’s 4-3 decision against granting Ms. Rodriguez’s wish. She was the only judge still on the court 22 years later when it legalized assisted dying. Since then, about 6,700 people have had assisted deaths.

Ms. McLachlin, 76, was Canada’s longest-serving Supreme Court chief justice, holding that position from 2000 until her retirement in December, 2017. In all, she spent 28 years on the court, covering a period of enormous social change, in which the court, with her in agreement, legalized prostitution, banned the extradition of suspects facing a possible death penalty and set the stage for same-sex marriage.

The revelations in Ms. McLachlin’s book tend to be more about her personal life than her judicial career. Of her public confrontation with former prime minister Stephen Harper over his allegation in 2014 that she tried to interfere in a case, she does say she believes he was “deeply angry with me, and determined to launch a strike against me.” She adds she would have had to resign if the allegation had been true. Afterward, she was tempted to name her new puppy “Harper,” so she could say, “Harper, sit! Harper, lie down!” (But she didn’t, because she worried that people in the park might misunderstand.)

While Ms. McLachlin paints a portrait of a Heidi-like childhood, playing games and riding horses in a mountainous region just outside Pincher Creek in southwest Alberta, she reveals that at 13 she contemplated killing herself with one of her family’s hunting rifles. Her despair was largely because of her isolation during a year in which she studied by correspondence because the school bus didn’t reach her remote home. The next fall, she told her parents she would board in Pincher Creek to attend Grade 8 with other children. Her despair left her.

Her family name was Gietz – she was largely of German ancestry, although she reports that genetic testing found “a splash of Ashkenazi Jew thrown in” – and says she felt like an outsider because she lacked an anglo name. Before the Second World War, rumours about the sympathies of her extended family led the RCMP to raid her grandparents’ home, where they discovered nothing more than her grandmother’s trove of newspaper clippings about the Royal Family. “The incident cast a shadow over my early years,” she writes.

She also reveals that growing up poor left her in “a constant state of anxiety” during her childhood. Her father, Ernest, tried many businesses, including running a small sawmill, and experienced many failures. Her mother, Eleanora, managed the family accounts and raised five children.

Although Ms. McLachlin could not be pigeonholed as a feminist on the court, a thread in the book is her dismay and at times anger over discrimination against women. The anger is strongest when she discovers that her mother’s doctor did no tests when she complained of headaches and seeing spots. He gave her Valium, believing the symptoms were psychosomatic. She died of a brain tumour at age 52.

Issues affecting Indigenous peoples touched her deeply. She writes that, as a small child, she could not understand why a public bathroom had a “No Indians” sign. She speaks of the dignity and grace of the first two Indigenous people to attend Matthew Halton High School in Pincher Creek. As a judge, she wrote groundbreaking rulings such as Tsilhqot’in Nation v British Columbia in 2014, which makes it easier for aboriginal groups to establish title to land.

“I found myself deeply immersed in the grand project of my legal generation — the peaceful evolution of Indigenous rights in a way that might foster reconciliation between Indigenous and non-Indigenous peoples.”

She rarely has anything critical or of an insider nature to say of the judges with whom she served. She says chief justice Brian Dickson, whom she revered, “cut” her with wounding advice. She says Mr. Lamer changed when he became chief justice, developing a stern, commanding demeanour.

She also reports that Mr. Lamer and his wife, Danièle Tremblay-Lamer, also a judge, had dinners for her and invited eligible bachelors. Their matchmaking “failed utterly.” She eventually remarried, to a lawyer who proposed to her over an airplane intercom.

Ms. McLachlin, who has also published a mystery novel, Full Disclosure, since retiring, now sits part-time on the Court of Final Appeal in Hong Kong, and on the Singapore International Commercial Court. She also works as an arbitrator.

The Globe and Mail asked Neil Wittmann, a retired chief justice of the Alberta Court of Queen’s Bench, if Mr. Lamer had made the right decision on recusal from the 1993 assisted-dying case. Mr. Wittmann said the question is whether the judge can remain impartial, and be perceived to be impartial. The right answer was yes, on both counts, he said. “The fact that she would not accede to her husband’s wish is quite pivotal,” he said.

The Supreme Court’s library services confirmed in an e-mail that the book, published by Simon & Schuster Canada, is the first autobiography by a judge in the court’s history. 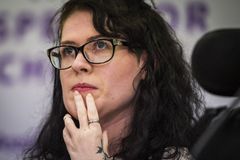