People who have post-traumatic stress disorder but do not medicate with cannabis are far more likely to suffer from severe depression and have suicidal thoughts than those who use marijuana, new national research says.

Based on cross-country data from Statistics Canada, the observational study by researchers at the British Columbia Centre for Substance Use shows that Canadians with PTSD who use medicinal cannabis are 60 per cent to 65 per cent less likely to have major depressive episodes or thoughts of suicide compared with those who do not treat their symptoms with medical marijuana. The study is the first national-scale indication of the effectiveness of cannabis at mitigating the hallmark symptoms of PTSD. It was presented on Thursday at the annual conference of the Canadian Public Health Association in Montreal.

The results underscore the need for increased investments in the science of medical cannabis, including randomized controlled studies designed to explore safety, effectiveness and optimal uses, said M-J Milloy, an epidemiologist and the lead author of the study.

“The findings today are not by any means the end of the story,” said Dr. Milloy, who called the prevalence of PTSD in Canada a “pretty substantial public health problem.”

“We haven’t been able to develop any good treatments for people with PTSD,” he said. “There’s talk-therapy and the use of anti-depressants. But by and large, people with PTSD are really suffering alone.”

About 10 per cent of the population has PTSD, which stems from an experience of or exposure to trauma. Symptoms include overwhelming anxiety, fits of extreme anger and aggression, sleeplessness, depression and suicidal thoughts. While it is common among military veterans and first responders, people who come to Canada from countries with civil unrest, for example, can also be diagnosed with it.

No drug is designed specifically to treat PTSD and doctors usually prescribe a cocktail of pills.

Paul Smith, a family physician based in Fredericton, N.B., who treats many veterans with PTSD, recently told The Globe and Mail that pharmaceutical regimens are not effective for more than half of the patients he sees. For others, the side-effects are too much to bear. Many of his patients have turned to medical cannabis.

“It’s not that marijuana is the cure … it’s simply a good option for the guys who have failed on pharmaceuticals,” Dr. Smith said. “It’s a significant stabilizing therapy to allow other therapies to then take place and allow a much better quality of life for the patient.”

Zach Walsh, a clinical psychologist at the University of British Columbia, is leading the country’s first randomized, controlled trial to evaluate the impact of medicinal cannabis on PTSD, in partnership with the marijuana producer Tilray. He said the new research supports the belief that cannabis can help bridge people with PTSD “to that place where they’re ready to take the next step” in their recovery.

Talk therapy and cognitive behavioural therapy are common treatments. “In order to get to those types of therapy, you have to get past that critical point of suicidality and a really chaotic, agonizing life … to a stability that allows you to engage with those therapies,” he said.

Fabian Henry, a veteran of the war in Afghanistan and founder of Veterans For Healing, a national advocacy group that helps vets learn to use cannabis for PTSD, said that while marijuana is not a cure, it is an important step.

“At the end of the day, we want you to get off cannabis. I shouldn’t need it forever,” Mr. Henry said, adding: “I should only need it until I get the tools to manage my illness.”

Opinion
The cannabis experience from the U.S. tells us the kids will be all right
June 29, 2018 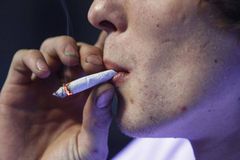 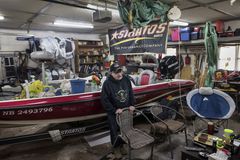 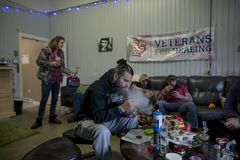