The meteor shot in from outer space, burning up as it streaked across the sky. First, it was spotted over Lake Ontario. A few seconds later, it was over Peterborough, Ont., burning so bright it was seen in Montreal in the violent finale to a journey billions of years in the making.

Meteors frequently pummel the Earth, but they usually land in the ocean or burn up in the atmosphere. On Wednesday, just before 3 a.m., the University of Western Ontario’s network of sky cameras recorded the fireball. NASA analyzed the video and determined the meteor likely came down near Bancroft in Southeastern Ontario. Meteorite hunters are now descending in hopes of finding fragments of the space rock. The stone, beach-ball sized when it entered the atmosphere, is significant because scientists caught its descent on camera.

Peter Brown, who studies meteor physics at Western University, said he hopes to get his hands on a piece of it. But it won’t be easy to find.

“We have an orbit pretty well-defined, but what we’re missing is rocks on the ground, and, unfortunately, the area where it likely fell, it’s cottage country. It’s pretty rugged,” Dr. Brown said. “But you never know. Someone might be out wandering around and come across an odd rock.”

Dr. Brown and his colleagues calculated the trajectory of the meteor – as it’s called before it hits the ground, after which it becomes a meteorite – and, working backwards, traced its path. It drifted around the sun, at one point dipping close to the centre of the solar system, then back out to the asteroid belt between Mars and Jupiter where, in the chaotic tangle of rocks, it was knocked toward Earth.

If found, the meteorite will help scientists understand the history of the solar system.

“The sort of things we’d be really interested in looking at are the chemistry, the mineralogy,” Dr. Brown said. “Depending on what type of meteorite this is, its orbit will then give us insight into how the building blocks of the solar system formed. It’s another piece in that puzzle.”

Dr. Brown has tracked and found only two other meteorites in the Ontario area. Pieces of Wednesday’s meteorite might be lying in an Ontario forest, and Fred McPherson, a meteorite hunter based in Chatham, Ont., wants to find them.

Mr. McPherson said he has been all over the world combing mountains and deserts in pursuit of the dark, metallic rocks, but they’re hard to find: high in iron and nickel, meteors glow white hot when they enter the atmosphere, leaving them with a hard and dark glossy surface called a fusion crust that’s hard to spot against wooded ground. Mr. McPherson will search near Bancroft.

Why Lyndon B. Johnson is the unsung hero of the moon landing, according to new book on the great 1960s space race

It’s his passion. A retiree, Mr. McPherson has about 800 meteorites, including some rare fragments from the moon and from Mars.

If he finds a piece of the Ontario meteorite, he said, he’ll bring it to Western University, which will test it to determine its makeup and value in exchange for a small piece to study further. Mr. McPherson also sells meteorites and knows some are worth more than others. They can fetch between a dollar and several thousand dollars a gram depending on what minerals and metals they contain, which are clues to their origins.

He sells samples of meteorites at gem shows such as the Rockhound Gemboree, which, coincidentally, is to be held in Bancroft next week.

Meteorite hunting can be competitive, Mr. McPherson said. At least a handful of others are on their way to the area. If they find it, they could sell it to a private collector or an institution such as the Royal Ontario Museum (ROM) in Toronto.

Kim Tait, the ROM’s chair of mineralogy, works with Dr. Brown to analyze meteorites once they’re found, determining what they’re made of and where they fit into the current view of the solar system.

The ROM does buy meteorites, and has paid hundreds of thousands of dollars for particularly large and rare specimens, but Dr. Tait said their scientific and inspirational value make them priceless.

“Any time we can get people learning a little more about the processes of the Earth and the solar system – all the better,” she said.

Meteorite aficionados are also interested in what gets hit, Dr. Tait said. Struck objects are curiosities, extremely rare examples of the violent forces at play in our solar system. In 1992, a large meteor hit a 17-year-old’s car in Peekskill, N.Y. Although she paid US$400 for the vehicle, a piece of it later sold at auction for more than US$5,000.

The pieces of the meteorite that landed in Ontario are likely softball-sized or smaller, according to Dr. Brown, and probably would not fetch more than a few hundred dollars.

But to the curious, the search for meteorites is about the thrill of being the first human to find and hold something special.

“The meteorite that fell in Bancroft, if we were to find a piece today or tomorrow or next week, we’re finding a piece that just fell to Earth from space, where it had been travelling for billions of years,” Mr. McPherson said. “It’s just fascinating.” 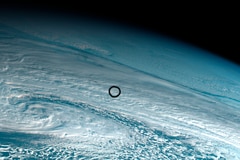 A brilliant comet is approaching Earth. Here are the best places for celestial viewing in Canada
Subscriber content
October 7, 2019 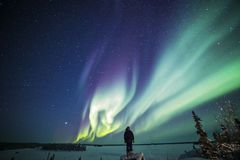 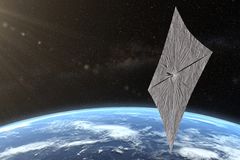