The commander of the Canadian Armed Forces is encouraging his troops to download the federal government’s smartphone application for tracking potential exposure to COVID-19, saying he has no privacy or security concerns about the program.

Chief of defence staff Gen. Jonathan Vance instead painted the app as one way Canadian soldiers can “be a tremendous force for good,” particularly when it comes to preventing a resurgence of the illness in the fall.

“One of many tangible actions we can take is to download the Government of Canada’s new COVID Alert app onto our devices, either personal or work-issued devices,” Vance said in a message with Defence Department deputy minister Jody Thomas.

“Both of us strongly encourage you to do so.”

The call to download came as Newfoundland and Labrador on Thursday joined Ontario as the only provinces that have integrated the app into their public health systems as a way to slow the spread of COVID-19.

“The COVID Alert app is a tool that Newfoundlanders and Labradorians can use to help protect themselves, their loved ones, and their communities from COVID-19,” Prime Minister Justin Trudeau said in a statement.

“As more people use it, we can slow the spread of the virus and help prevent future outbreaks. We will continue to work with other provinces and territories so as many Canadians as possible can benefit from the app.”

Uptake of the app has so far been slower than anticipated since it was launched in Ontario in late July, with only 2.2 million people – or about 15 per cent of Ontarians – having downloaded it and 112 people having self-identified as testing positive.

The hope is that with Newfoundland becoming the second province to adopt it and Saskatchewan poised to follow suit, more Canadians will be able to access it, which in turn will make it that much more effective.

Yet Quebec this week indicated it is holding off on adopting it – at least for now – after public consultations in which some privacy concerns were raised. The province’s hesitancy prompted some raised eyebrows in Ottawa.

“Already downloaded by more than 2 million Canadians, this app does not track the location of users and does not collect any personally identifiable information,” said Thierry Belair, a spokesman for Health Minister Patty Hajdu.

“It’s also an additional tool we can use as we prepare for a possible increase in cases this fall. So why not make it available now in Quebec?”

The app relies on users who test positive voluntarily saying so on their smartphones, using a code from their health authorities. Others using the app will be alerted if they come in close contact with that person, without being told who the person is, so they can self-isolate and get tested.

The government says the program uses Bluetooth to exchange randomly generated codes whenever they are within two metres of a smartphone that has the app installed, and that no personal information is gathered or shared.

Ottawa’s local public-health authority said this week that it had detected a case of COVID-19 in someone who went for a test because of an alert from the app.

Vance and Thomas acknowledged in their message to the troops that “many of you have privacy or security concerns.” But they said Defence Department privacy and intelligence officials tested the app “and have no concerns.”

“While the use of the app is voluntary, for the sake of your continued health and safety, we strongly encourage you and your friends and family to download and use the app,” Vance and Thomas said.

“By using the app as one of many risk mitigation measures, we can be a tremendous force for good.”

While there have been several cases of Canadian Armed Forces members testing positive for COVID-19, the military in the spring announced it would not reveal force-wide numbers for reasons of national security.

Quebec opts out of federal COVID-tracing app for now
August 25, 2020 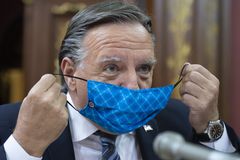 Opinion
Where is the government campaign to support the COVID Alert app?
August 21, 2020 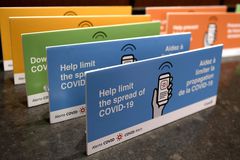