Lee Berthiaume
OTTAWA
The Canadian Press
Published May 30, 2021 Updated May 30, 2021
Comments
Text Size
Please log in to listen to this story. Also available in French and Mandarin. Log In Create Free Account

Those problems included a lack of leadership and insufficient resources and time to push real change, with reviewers suggesting in their final report that the entire effort was poorly defined and planned from the start.

The military also failed to set up any ways to measure whether the work they were doing was having any success aside from trying to recruit more women, Indigenous Canadians and people of colour, according to the report.

“There lacks a common understanding of the overall vision, objectives, outcomes and indicators of success for diversity and inclusion across DND and the CAF,” reads one of the report’s key findings.

The review was completed in September, before the recent rash of allegations of sexual misconduct involving several top commanders, which has cast a harsh light on the military’s failure to eradicate such behaviour despite years of promises.

The government has since asked retired Supreme Court justice Louise Arbour to come up with ways to finally eliminate inappropriate sexual behaviour in the Canadian Armed Forces.

A senior female officer, Lt.-Gen. Jennie Carignan, has also been officially tapped to lead the military’s efforts to change its culture, which will include implementing Arbour’s recommendations and addressing hate in the ranks.

The report, which was only recently published on the Defence Department’s website, underscores the importance of promoting diversity and inclusion in eliminating barriers and creating organizations that are “high performing and operationally effective.”

It also references past assertions by the government and senior commanders that such efforts will help with recruitment at a time when the military is trying to attract more people, and ensure it better reflects Canadian society.

Yet the review found that despite plans to spend around $600 million a year on initiatives such as research, training and recruitment, those efforts were hamstrung by “a lack of common understanding of what diversity and inclusion entails.”

The review also found that there were two different structures set up to manage initiatives, resulting in “unclear roles and responsibilities (that have) created challenges such as pursuing different directions and priorities.”

One area where the military has clear targets is around the percentage of members who identify as women, Indigenous Canadians or people of colour, with the aim of increasing representation of each by 2026.

While the report notes that momentum has been slow across the board, as has been previously reported by The Canadian Press, the reviewers expressed some concern that the targets largely represent the only metric being used to assess progress.

“More recent information and data are needed to report on the current state of diversity (and) inclusion within DND and the CAF,” reads another of the report’s key findings.

Defence Department spokeswoman Lisa Fiander said in an e-mail that officials are working to address the shortcoming identified in the report, starting with the creation of a new committee headed by senior military and civilian officials to oversee the effort.

A five-year plan is also being developed to increase the representation of women, Indigenous Canadians and people of colour in the ranks, she said, while an advisory panel on systemic racism and discrimination was created in December.

“Our self-examination has not stopped there,” Fiander added, noting Defence Minister Harjit Sajjan has asked military ombudsman Gregory Lick to conduct his own investigation into diversity issues in the department and military. 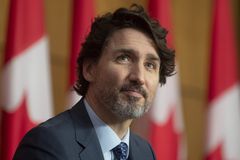 Explainer
Sexual misconduct in the military and what is being done to confront it: the story so far
April 30, 2021 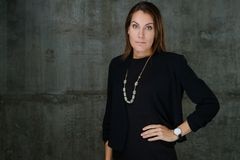