Along with their French lessons, Johanne Boursier’s Grade 10 students will also be learning about sleep this school year.

Ms. Boursier, a French and ethics teacher at Montreal’s Heritage Regional High School, says she has added sleep to her lesson plans – why it’s important and how to get more of it – because a lack of sleep is hurting her students. Even the most motivated among them are drowsing off in class, and she says they have trouble focusing and remembering material. Mental health problems, such as anxiety, have become alarmingly common.

“I’m almost in panic mode right now. I see it first hand,” Ms. Boursier said, explaining these issues are worse than she has ever seen in her 23 years of teaching. “When I say this is serious, it’s serious.”

Ms. Boursier is part of a project, spearheaded by McGill University pediatric sleep expert Reut Gruber, which incorporates lessons on the benefits of proper sleep, sleep hygiene and the consequences of poor sleep into everyday class material, from language classes to math and science. In Ms. Boursier’s French classes, for instance, this involves introducing students to French vocabulary related to sleep and having discussions about sleep in French.

To tackle sleep-deprivation, some researchers and educators say sleep needs to be an essential part of school curriculum, akin to nutrition, physical activity and sex education. In a paper published earlier this year in the journal Sleep Medicine, Dr. Gruber and her collaborators made their case for integrating sleep-health education in schools, arguing that sleep plays a critical role in learning, emotional regulation and mood regulation.

This fall, Dr. Gruber is also investigating how to bolster existing school services to enable school psychologists and other mental-health professionals to help identify and treat students with sleep disorders.

Current Canadian guidelines call for nine to 11 hours of sleep a night for children, ages five to 13, and eight to 10 hours for those 14 to 17. But one in four children are not meeting these guidelines, a third of them have trouble going to sleep or staying asleep, and one in five struggle to stay awake during waking hours, according to statistics cited by the Public Health Agency of Canada.

Dr. Gruber, who is an associate professor in the psychiatry department at McGill and director of the Attention, Behaviour and Sleep Laboratory at the Douglas Research Centre, said students’ sleep problems stem from a combination of factors, including a lack of prioritization of sleep, academic pressure, extra-curricular activities and an inability to regulate their stress.

Among the high school students she has surveyed, almost 75 per cent said they struggled with their sleep.

Some high school students have told her they feel so stressed at the end of the day, they turn to digital devices to unwind. Yet, watching videos or scrolling through social-media feeds further delays their bedtime.

“If you think about it, adults are just the same,” she said. “We are busy, but also sometimes we’re so stressed, we just can’t let go and we’re getting into this cycle where it’s really hard to sustain good sleep habits.”

For teens, all of these factors coincide with natural shifts in circadian rhythm that typically occur during adolescence, which leads them to stay awake longer into the night, she said.

Montreal parent Tanveer Naseer said getting enough sleep has been a battle for his own daughters, the youngest of whom attends Heritage Regional High School.

His middle daughter, now in CEGEP, often struggled to fall asleep as a high school student and would lay awake in bed for hours trying to quiet her racing mind, he said. Lately, he has occasionally caught his youngest staying up late because she has lost track of time while using her smartphone.

Mr. Naseer, who is a member of the governing board at Heritage Regional, said he welcomes the idea of bringing sleep-health education into the school.

“Even as adults, we tend to take for granted how important and critical sleep is. And let’s face it, when you’re a teenager, it’s when you start forming your habits,” he said.

Kate Storey, an associate professor in the School of Public Health at the University of Alberta, said promoting healthy sleep should not be limited to teaching about it in health or physical-education classes. Rather, it needs to be integrated into all aspects of school, including policies, such as delayed school start times, and by discouraging students and staff from boasting about how little sleep they had, she said.

“It can’t just be an add-on,” said Dr. Storey, who is studying the effects of sleep promotion at five Edmonton-area elementary schools. “It can’t be just a manualized binder program, like ‘Here you go, teach this, on top of everything you’re doing.’”

Dr. Storey said she is still studying whether promoting sleep in schools can successfully lead to healthier sleep habits. But other concepts that have been taught in schools, such as to “reduce, reuse and recycle,” suggest students do take what they learn in school to change behaviours at home, she said.

“It’s promising,” Dr. Storey said. “Kids are learning this stuff and they want to take control themselves and be healthy and well.” 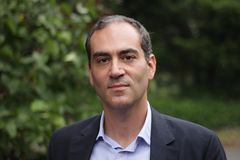 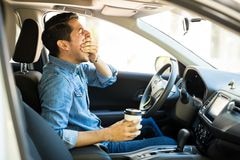 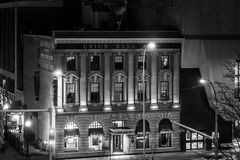