Hindu temples across Mississauga have begun broadcasting daily hymns outdoors for believers who are unable to gather in large groups and partake in three major Hindu festivals after the city granted them a noise bylaw exemption.

The exemption mirrors one made for Mississauga mosques in May, so they could broadcast a daily call to prayer during the Muslim holy month of Ramadan. At the time, a small Hindu group was opposed to the idea, but now say if Muslims are allowed an exemption, they should be too.

In late April, some Mississaugans voiced strong opposition to the city’s exemption for calls to prayer. A Facebook group called “Mississauga Call to Prayer on LoudSpeaker Unconstitutional,” which had 10,445 members on Thursday, was fundraising to pursue legal action against the city over the decision after it was approved.

Canadians United Against Hate released a statement asking city council to uphold the decision, saying many of those who were putting pressure on city hall were “Islamophobic and racist elements in Mississauga.”

The community debate in Mississauga exposes a divide over public space and sounds during a pandemic when people are reluctant to gather indoors.

“Initially we opposed calls for prayers during the holy month of Ramadan,” said Rao Yenbamuri, president of Hindu Forum Canada (HFC) – a seven-member Mississauga-based not-for-profit formed in March. A May 2 letter on the group’s website called it “a violation of our secular values.”

“We think that such a precedent would not be practical in a multifaith community, that’s the reason we opposed it,” he said in an interview with The Globe and Mail, adding that despite multiple attempts to communicate with politicians, the decision went forward. “So given these circumstances, we would like the same privileges to be extended to us.”

Amira Elghawaby, a journalist and human-rights advocate who sits on the board of Anti-Hate Network Canada, said many Canadian Muslims face Islamophobia and discrimination under the guise of secularism.

“We see that happening very prominently in Quebec with Bill 21,” she said, referring to a law that prevents many public servants from wearing religious symbols at work, “and we saw it happening in Mississauga and other jurisdictions in the country when the call to prayer was permitted during the month of Ramadan because of the pandemic.”

Ms. Elghawaby also said there was no need “to create us versus them narratives” between both communities.

“I think it’s important to understand that Canada is a country of diversity and diverse raising and diverse backgrounds of people, and all of that is what makes our country strong and rich,” she said. “And we all actually get stronger when our communities are able to fulfill their identities in ways that [are] meaningful to them.”

Kushagr Sharma, a volunteer for Mississauga’s Hindu Heritage Centre, says broadcasting the hymns will help build a sense of connection for many who felt isolated during the COVID-19 pandemic.

“A lot of seniors want to come to the temple, just to be there physically but not come inside,” he said.

“So a lot of people would come outside, do their prayers in their cars and leave. But they weren’t able to hear the hymns and the prayers that go on.”

Playing the hymns outdoors also ensures seniors and other vulnerable community members can feel safe, Mr. Sharma said. The temple is not affiliated with HFC and had no prior knowledge of its opposition to broadcasting calls to prayers during the month of Ramadan, he added.

The bylaw exemption allows the temples to broadcast religious hymns every night at 7 p.m., for five minutes, between Aug. 11 and Sept. 1.

Varsha Naik, executive director of the Regional Diversity Roundtable of Peel, and a long-time member of the Interfaith Council of Peel, said all faith communities need places where they feel safe to practise their respective religions. 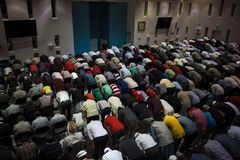 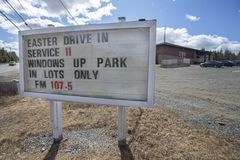