Moderna Inc., a Cambridge, Mass.-based biotech company that has secured a deal with Ottawa to provide its candidate COVID-19 vaccine to Canadians, has unveiled new data showing its vaccine has positive results among older adults.

The company presented its data Wednesday from its cohorts of older adult participants from its Phase 1 study at the U.S. Centers for Disease Control and Prevention’s advisory committee on immunization practices. It found participants in two age groups, 56 to 70 and 71 and older, responded as well as younger adults, with similar levels of neutralizing antibodies.

“That is very big news. Usually in vaccines you lose neutralizing antibodies as you age because people have a weaker immune system” when they get older, Moderna chief executive officer Stéphane Bancel said in a phone interview, explaining the results have important implications for preventing COVID-19 among the elderly, who have high rates of mortality from the disease.

Moderna and Pfizer Inc. struck deals with the federal government this month to deliver their vaccines for distribution in Canada.

Owing to a confidentiality clause in its contract with Ottawa, Mr. Bancel said he was unable to provide any details of the deal, including the number of doses the company is expected to supply and the cost.

He said Moderna is planning to create a Canadian subsidiary, the details of which will be made available in the coming weeks, but the company said the Canadian supply will nonetheless be produced in Switzerland.

In July, the New England Journal of Medicine published the results of the Phase 1 trial of the company’s vaccine among 45 young adults aged 18 to 55. The data released Wednesday for 10 participants aged 56 to 70 and 10 participants aged 71 and older was consistent with results from the younger group.

Moderna began Phase 2 of its trials in late May and Phase 3 in July. As of last week, it had recruited 14,000 of the 30,000 participants it needs for Phase 3 and is expected to complete enrolment in September. Mr. Bancel said the company is looking to recruit older adults as well as a diversity of participants, including Black and Hispanic individuals.

In the best-case scenario, the company could present data from Phase 3 as early as October; in the worst-case scenario, in December or January. Mr. Bancel said the timing depends on COVID-19 infection rates, as researchers must wait for participants to become naturally infected to determine how well the vaccine protects them compared with a placebo group.

Once this data is available, Mr. Bancel said, he anticipates the vaccine could receive emergency-use authorization from the U.S. Food and Drug Administration (FDA) – similar to that given to convalescent plasma this week as a treatment for COVID-19 – within days or weeks. That would likely allow high-risk populations, such as health care workers and older adults, to access the vaccine immediately.

Mr. Bancel said the company could provide the FDA with the necessary six months’ worth of safety data by the beginning of the year, so “you could see potentially an approval as early as January.”

For its supply agreements with other countries, he said the cost of the vaccine is about US$37 per dose for low volumes. With its agreement with the U.S. government, which has ordered 100 million doses, the cost is about US$22 per dose.

Matthew Oughton, an associate professor in the department of medicine at McGill University, said the latest results suggest the vaccine is so far performing as the company predicted based on its preclinical studies on animal models.

The purpose of a Phase 1 trial, however, is merely to begin to get a sense of the appropriate dose and the safety of the vaccine, Dr. Oughton said, emphasizing that only a very small number of participants were involved. “This is not at all the data you’re going to need to show widespread efficacy,” he said.

Editor’s note: Moderna said the Canadian supply of its vaccine will be produced in Switzerland. An earlier version of this story contained incorrect information. 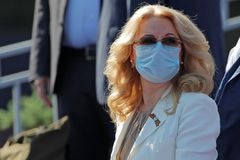 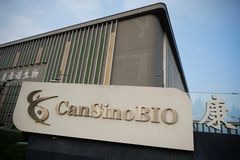 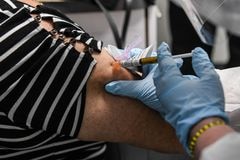