The Moncton nurse accused of giving unauthorized contraction-inducing drugs to women who then required emergency Caesarean sections did not intend to harm any patient or baby, according to a statement of defence filed in a New Brunswick court.

Nicole Ruest, a 10-year employee of the Moncton Hospital, was dismissed from her job in March over allegations that she administered the drug oxytocin to two labouring women without their doctors’ permission. The women are now pursuing a class-action claim against the nurse and the hospital’s operator, Horizon Health Network.

Ms. Ruest has not spoken about the allegations; her statement of defence marks the registered nurse’s first public acknowledgement of the allegations, which she denies.

The veteran nurse did not administer oxytocin "when she knew it to be contraindicated,” according to the court document, nor did she engage in “intentional misconduct.” Lawyers for Ms. Ruest allege she "cared for her patients competently and diligently”, and “did not engage in any course of conduct intended to harm,” according to their filing.

The number of emergency C-sections at the Moncton Hospital surged in recent years from about 11 out of 100 births in 2013-14 to nearly double that – 19 out of 100 births – in 2015-16, according to a Globe and Mail analysis of New Brunswick hospital delivery data obtained from the Canadian Institute for Health Information.

While the number decreased slightly the next year, emergency C-sections at the hospital rose once again in 2017-18 despite little change in the provincial average.

Those increases caused concern among the hospital’s obstetricians, according to a statement of defence filed by Horizon, which operates the facility and other hospitals in New Brunswick.

“Investigations were conducted to try to determine the reason(s) for the increase,” the court document reads. While the document does not detail the result of the hospital’s investigation, it does claim the facility is “not vicariously liable for any nurse who undertakes deliberate actions outside the scope of their practice and without the knowledge or consent of attending physicians.”

The hospital denies allegations of negligence and that a duty of care was breached.

Horizon further argues that “if” Ms. Ruest gave oxytocin to labouring mothers without physician permission, she was “outside the scope of her professional practice and was on a frolic of her own.”

An RCMP investigation into Ms. Ruest’s conduct is under way. The federal police were contacted by Horizon officials after they dismissed the nurse in March, and investigators have since been assigned to the file, according to a provincial spokesperson.

Meanwhile, dozens of mothers who underwent emergency C-sections at the Moncton hospital are trying to find out the cause of their surgeries. Two patients were informed by hospital administrators that Ms. Ruest allegedly gave them unauthorized oxytocin before they required general anesthetic to deliver their babies. That includes Jayde Scott, the lead plaintiff in the proposed class action.

But John McKiggan, a Halifax-based lawyer working with Ms. Scott, said he has received calls from “dozens” of other mothers who believe they, too, might have been affected and have signed on to the class action.

The lawsuit has not yet been certified.

C-section rates surged at Moncton Hospital under scrutiny for fired nurse’s actions
May 3, 2019 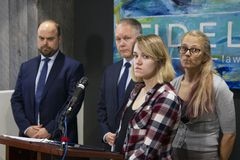 'From normal labour to hell’: New mothers wonder if they were victims of Moncton nurse accused of slipping pregnant women labour-inducing drug
April 6, 2019 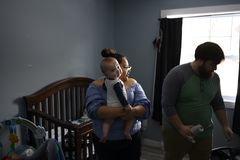