Organizers of a neighbourhood Fête nationale celebration in Montreal thought they were onto a good idea by rebranding the event the first annual Summer Solstice Festival. Instead, they ran into a massive backlash.

The festival this month in Montreal’s Sud-Ouest borough features an all-francophone lineup of performers, a street market and patriotic speeches to mark Quebec’s national holiday. But one thing it won’t include is the name “summer solstice.”

In less than 24 hours, the name change sparked outrage on social media, denunciations by Montreal’s mayor and criticism by the Premier of Quebec. Organizers received hate mail calling them traitors, and an event producer got a threatening phone message that sparked a complaint to police, according to a spokeswoman.

By Thursday morning, organizers had removed more than 100 posters with the summer-solstice name and adjusted its website. The event in the southwestern neighbourhood, which lies south of downtown on both sides of the Lachine Canal, has now officially returned to its traditional name – la St-Jean dans le Sud-Ouest, in homage to the original St. Jean Baptiste designation for the holiday.

“The idea wasn’t to turn our backs [on the name],” said Julie Bourbonnière, spokeswoman for the event. “Our idea was to see big.”

She said organizers were “surprised and disappointed” by the uproar. She said they changed the name because they were broadening the scope of the festivities and extending them over three days; promotional material says that the Fête nationale remains at the heart of the June 22-24 event.

Also, she said, St. Jean Baptiste day originated in summer-solstice celebrations and the ancient pagan tradition of lighting bonfires to celebrate the longest day of the year. The Roman Catholic Church in France adapted the holiday and linked it to John the Baptist, who became the patron saint of French Canadians in 1908.

“The solstice is at the roots of the St. Jean Baptiste holiday,” she said.

Benoit Dorais, the mayor of the borough, after originally promoting the summer-solstice festival as a celebration of Quebec’s roots in an “inclusive” and unifying environment, tweeted Thursday morning that the old name would return.

Quebec’s St. Jean Baptiste has always been a celebration of Quebeckers’ identity and an unofficial rally for the sovereigntist movement. It went through a government-issue rebranding in the past: The Parti Québécois changed the name to Fête Nationale du Québec in 1977 to make the celebration secular and more inclusive.

The backlash to this year’s renaming effort in a lone Montreal borough suggests that, even at a time of dormant support for Quebec sovereignty, nationalist pride remains a force in the province.

“On June 23-24, we proudly celebrate Quebec’s Fête nationale. I will demand that organizers of the summer solstice redo their posters to highlight the Fête nationale,” the mayor wrote on Twitter.

“We’re proud to be Québécois,” he said. “We are proud of our nation. So, let’s say it loud and strong: Happy Fête nationale!”

Isabelle Charest, the junior education minister, said the government wouldn’t allow public funds aimed at “celebrating our pride, our values and our nation” to be used for purposes other than the Fête nationale.

Ms. Bourbonnière said the organizers have learned lessons from the debacle.

“This shows you can’t play with Quebec’s national pride, and you shouldn’t innovate in 2019. There’s still too much sensitivity.”

She said organizers will contact police after a threatening message was left on the phone of Alain Gingras, director-general of the non-profit l’Auguste Théâtre, producers of the event. She said the anonymous message said, “Be careful leaving the building of l’Auguste Théâtre. Be careful.”

Excited, anxious fans prepare for Raptors to play in Game 6 of the NBA Finals
June 13, 2019 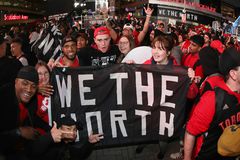 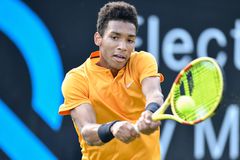 Opinion
Raptorsmania in Quebec shows how much Canada has changed
Subscriber content
June 13, 2019 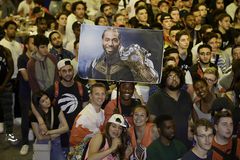