A Montreal man has pleaded guilty in a North Dakota court to running a major fentanyl trafficking operation into the United States, which he operated while serving a sentence in a Canadian penitentiary.

Daniel Vivas Ceron, 38, used a mobile phone to co-ordinate shipments of opioids. His plea agreement linked the trafficking to the fatal overdose of four Americans, including Bailey Henke, an 18-year-old whose death triggered one of the investigations that led to Mr. Vivas Ceron’s arrest.

The minimal penalty for the first of the three criminal counts to which he pleaded guilty, for drug trafficking, is a life term. But the plea agreement says that prosecutors will recommend a “downward adjustment” to his sentence.

“From a Canadian jail cell, Daniel Vivas Ceron directed a deadly drug ring that fuelled the opioid epidemic and took the lives of four Americans,” U.S. Assistant Attorney-General Brian Benczkowski said in a statement. “Today’s guilty plea brings some measure of justice for the victims and families."

Born in Colombia, Mr. Vivas Ceron moved to Montreal as an eight-year-old when his mother, Maria, tried to start a new life away from her drug-addicted husband.

In an affidavit filed in court, Mr. Vivas Ceron said that as he grew up in Quebec, he tried to enlist in the Canadian Forces, then considered joining the RCMP. But eventually he started associating with drug dealers, “stupidly, like all my decisions made those recent years,” he wrote.

By 2002, he was convicted of cocaine trafficking and attempted murder and was held at the Drummond Institution, a medium-security penitentiary midway between Montreal and Quebec City.

He was still behind bars in 2014 when the U.S. Drug Enforcement Agency (DEA) began investigating how fentanyl and other narcotics were arriving in Florida from Canada.

Posing as a drug buyer, a DEA special agent purchased 400 tablets of acetyl fentanyl from someone whose e-mail address was found to be used by Mr. Vivas Ceron. The DEA found that Mr. Vivas Ceron communicated either by e-mail or with the Wickr messaging app.

As the DEA investigation progressed, Mr. Henke died of an overdose in January, 2015. U.S. Homeland Security Investigations (HSI) agents found that the drug came from a local supplier named Brandon Hubbard, who said he ordered his fentanyl from someone calling himself “Joe Bleau.”

Joe Bleau is Quebec slang to designate an average, anonymous man. According to court documents, it was one of the online aliases used by Mr. Vivas Ceron.

Posing on Wickr as Mr. Hubbard, HSI agents purchased thousands of dollars’ worth of drugs from Mr. Vivas Ceron in the spring of 2015. They recovered e-mails of his associates, including one that said, “New fent is 99.3% I have the analysis. New batch is even stronger than last.”

In June, 2015, the RCMP searched Mr. Vivas Ceron’s prison cell and found a mobile phone and a ledger with tracking numbers for drug parcels.

He was to be released in July, 2015. Since he didn’t have Canadian citizenship, he was to be deported to Colombia. But Canadian officials put him on a flight with a stopover in Panama, where local police arrested him on a U.S. warrant.

In a letter filed in court, U.S. prosecutors confirmed they had been told by Canadian officials of the Panama stopover, but had not chosen that flight. “Frankly, we wanted the Canadians to travel through the United States so we could arrest Vivas Ceron here, but they would not alter their schedule.”

After his arrest, U.S. agents met his mother, a missionary, who was waiting for him at the Bogota airport. “She could not understand how her son could be in trouble or commit a crime while being in prison,” the agents reported. 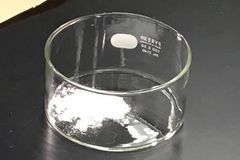 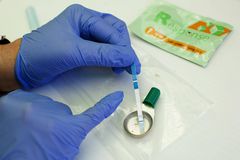