The federal government and the consortium building the new Champlain Bridge announced Friday they have reached a settlement paving the way for the new span to open in December.

Officials said the opening date for Montreal’s new bridge over the St. Lawrence River is now Dec. 21 instead of Dec. 1.

It will replace the federally owned structure right next to it — a six-kilometre span linking Montreal with its south shore that opened in 1962.

Considered one of Canada’s busiest bridges with roughly 50 million crossings yearly, it has been deteriorating for years.

The project for the new bridge has been challenging due to load restrictions on the old bridge that delayed the transportation of oversized, prefabricated pieces destined for the new span.

Signature on the Saint Lawrence, a consortium led by engineering and construction firm SNC-Lavalin, and Ottawa announced the agreement Friday.

It resolves issues such as cost overruns and puts an end to legal action filed by the consortium in Quebec Superior Court in March 2017.

As part of the deal, the price tag for the $4.2-billion project will increase by $235 million to cover construction delays and transportation costs of oversized parts.

“There was a price for inaction too,” said Liberal MP Marc Miller, the parliamentary secretary for infrastructure.

“It was difficult to put a figure on this inaction, but we could have surpassed $300 million if we looked at a delay of eight months until the end of summer 2019.”

The federal government had commissioned a study into how much it would cost to keep the existing 56-year-old bridge open to traffic beyond 2018.

Upon completion of the project, the consortium will maintain and operate the new bridge for 30 years. 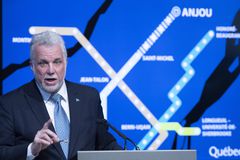 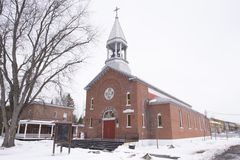 The idyllic mess that is Montreal 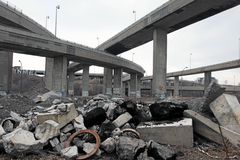