More Canadians are hospitalized per day for health conditions and injuries caused by alcohol or drugs than for heart attacks and strokes combined, according to new data released on Thursday.

The Canadian Institute for Health Information (CIHI) recorded 156,108 hospital stays that were a direct result of substance use, including alcohol, cannabis, opioids and other drugs, between April of 2017 and March of 2018. That amounted to more than 400 Canadians hospitalized per day – with alcohol as the major cause of harm.

Alcohol contributed to more than half of these hospital stays, while three out of four deaths in hospital caused by substance use were due to alcohol.

“Harmful substance use is an important health issue in Canada, all across the country, and [this data] draws attention to the high use of hospital services,” said Kathleen Morris, vice-president of research and analysis at CIHI.

She added: “It impacts not only the person who is hospitalized, but their broader circle of family, friends, community.”

The hospitalization rates for substance use are one of three new indicators, or areas being measured by CIHI, that the not-for-profit organization released on Thursday, providing data to evaluate and track changes in Canadian health care. The other areas are the frequency of emergency department visits by people seeking help for mental-health issues or addictions, and the length of extended hospital stays for individuals awaiting home-care services and supports.

CIHI found nearly 10 per cent of Canadians who visited an emergency department for help with mental-health issues or addictions had more than four visits a year, while one in 12 hospital patients had their stay extended until their home-care services were ready.

Ms. Morris said this new data fills an information gap, and provides a basis on which decision makers can create plans to make improvements and monitor results over time.

For Ashley Wettlaufer, a research co-ordinator for Toronto’s Centre for Addiction and Mental Health (CAMH), the latest statistics on the hospital visits and deaths related to alcohol use do not come as a surprise.

While the numbers of deaths are alarming, they align with previous findings, says Ms. Wettlaufer, who was not involved in gathering the CIHI results.

Ms. Wettlaufer is also a researcher for the Canadian Alcohol Policy Evaluation (CAPE) project, which published report cards last month on the various provinces’ and territories’ policies to reduce the harm of alcohol use. Many of the jurisdictions across Canada were given failing grades.

Throughout the country, Ms. Wettlaufer says, there is a “strong deregulatory trend" where policies are being introduced that lower the price of alcohol and make it more widely available. Given this trend, she anticipates the harm caused by alcohol will likely increase in years to come.

Tim Stockwell, lead of the CAPE project and director of the Canadian Institute for Substance Research at the University of Victoria, said he applauds CIHI for collecting data on these indicators and bringing them to public attention. This type of information can help people compare the harm of various substances and put them into perspective, he said.

“There’s a lot of concern, amazing restrictions and regulations around cannabis, which causes maybe 1/30th of the harm of alcohol, and we’re totally laid back and relaxed about alcohol,” Dr. Stockwell said. “I think it’s good to put them all on the same page, all the different substances, and we need responses to all of them to mitigate the harms.” 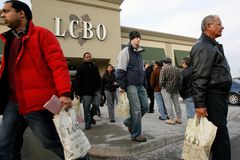 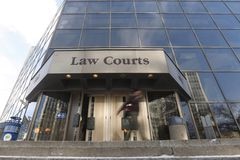