Hundreds of concerned doctors in Saskatchewan have signed a letter calling on Premier Scott Moe to take action to reduce the rise in COVID-19 infections.

They cite the steady increase in cases and hospitalizations over the last month and say the safety of people and the health care system is at risk.

“Just the math of the situation tells us that what we’re currently doing isn’t enough,” said Dr. Carla Holinaty, who helped organize the effort.

She said if the current public-health measures were sufficient, the province’s COVID-19 caseload would stay relatively the same or even decrease.

“What we’re seeing is the opposite.”

Health officials reported 112 new infections in Saskatchewan on Wednesday, the sixth time in the past week that number has been more than 100.

The province says 48 people were in hospital, four more than the day before, and 11 were receiving intensive care.

Prime Minister Justin Trudeau has urged provincial leaders to act immediately to reduce rising case numbers and not to let up on public-health advice under the pressure to keep businesses open.

Mr. Moe responded that it was unhelpful of Mr. Trudeau to question the choice of provinces and to paint a picture that pits health against the economy.

In the letter posted to social media, the doctors ask Mr. Moe, as well the provincial Health Minister and Chief Medical Health Officer, to act with “sufficient force” to reverse the rising case count and outline when further measures would be taken without being specific about what they want to see.

“It is becoming increasingly clear to us, physicians from across Saskatchewan, that we are losing the battle against this virus,” it reads.

“If more is not done to change our course, we are confident that winter will bring overflowing hospitals, cancelled surgeries, overwhelmed health care providers and needless deaths.”

Mr. Moe has repeatedly said he believes Saskatchewan can avoid a return to a wide-scale shutdown and instead take targeted measures to deal with the virus’s spread, such as making masks mandatory in the three largest cities.

Health Minister Paul Merriman didn’t respond directly to the doctors' letter, but in a statement thanked them for their commitment and said the government will continue to take its cues from public-health officials.

“I agree that a solid foundation of science and expert medical opinion is central to an effective response to COVID-19, which is why our government has been acting upon the advice and guidance of our top doctor,” Mr. Merriman said in the statement Wednesday.

“That advice has been crucial as we work to protect our families and communities while keeping our economy strong throughout the pandemic.”

Alberta doctors wrote a similar letter and the province’s Chief Medical Health Officer has said that officials are considering a short economic lockdown to help reverse the province’s spike in COVID-19 cases.

“If the rate of COVID-19 spread continues, the consequences to the people of Alberta will be catastrophic,” wrote the Alberta doctors.

“The province should consider a two-week, short, sharp lockdown, or ‘circuit breaker’ to drop the effective reproductive number and allow contact tracing to catch up.”

Manitoba has announced the closure of non-essential businesses and a ban on social gatherings to curb its spread, which has been the worst in the country per capita.

“Nobody in Saskatchewan wants to be in the situation that we’re seeing in places like Manitoba,” Dr. Holinaty said. 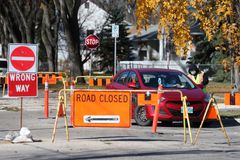 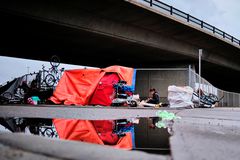 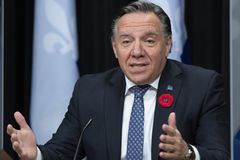