Nearly three weeks after Quebec reopened primary schools, the province has 41 students and teachers infected with COVID-19, cases that officials say are in line with their expectations about how the virus would appear.

With British Columbia set to reopen schools next week and other provinces wrestling with the shape of school next fall, all eyes are on the reopening in Quebec.

Health officials have identified 19 cases among students and 22 among staff since primary schools reopened outside Montreal on May 11. At least two schools identified more than one case.

Public Health Director Horacio Arruda said Thursday that most of the cases are isolated and there were “no significant or major negative impacts” on students or staff from the illnesses so far. “There will be other cases, but it is under control,” Dr. Arruda added.

About half of more than 200,000 eligible children have gone back to school in the province. Areas of Quebec outside the greater Montreal region have added new cases at a rate of 44 per 100,000 people since school restarted. Those regions have an overall rate of cases one-sixth of the Montreal hotspot but still worse than any other Canadian province.

Canada’s COVID-19 report card: As we inch toward reopening, some provinces are faring better than others

A school in Trois-Rivières closed for several days and reopened Wednesday after four teachers and two students tested positive for COVID-19. The outbreak was discovered at École Saint-Paul last week when a teacher fell ill, and two others produced positive tests.

Regional public-health authorities decided to test all school staff and students and found three additional cases. The school was disinfected and classes resumed Wednesday with the authorization of public health, Chemin du Roy school-board director Luc Galvani told a news conference this week. “There was certainly a shockwave when we found out, but people seem to be reassured by the tests,” Mr. Galvani told reporters.

Four cases were also identified among children at one school about 50 kilometres west of Montreal. The rest of the cases were spread across the province.

Almost three weeks after Quebec reopened primary schools outside Montreal, children and teachers who have returned to class appear to have adapted to instruction with physical distancing and living with the risk of COVID-19 infections. Premier François Legault said he considers the reopening a “great success” so far.

Kareen Blanchet sent her daughters Julia-Rose and Lou-Anna back to school in Grade 6 and 4, respectively, in Valleyfield, just west of Montreal. They had a false start at first when Lou-Anna was sick and had to be tested for COVID-19. After her test came back negative, she went back to school.

“We were worried at first but it’s going marvellously well. It seems healthier for them,” Ms. Blanchet said. “They’ve adapted to the new rules and are happy to get back to it. They’re not scared of COVID. They have more resilience than we think.”

Ms. Blanchet, who is also a substitute teacher, in a neighbouring school district, said she hasn’t been called in yet but acknowledges that she has a “certain amount of stress” about teaching. “I’ll be happy to return because I know the children need us, but I have older parents, the worry is there,” she said. “But if all we do is obsess over what can go wrong, we’ll never leave the house.”

Chantal Légaré, a teachers union president in the Mauricie region, said the return has gone smoothly so far, thanks to half-full classes and the hard work of teachers. The COVID-19 cases are worrisome, she added.

“We’re not sheltered from what is going on with this virus, so we are worried,” she said. “But teachers are taking precautions, we are doing what we can to protect ourselves. We are taking it day by day.”

Catherine Turcotte, a professor of education at the University of Quebec at Montreal, said she has heard positive feedback from the teachers she consults for her research. It helps that only about half of children are back and many rural schools are less crowded in normal times than big-city classrooms.

“There hasn’t been any real drama,” Dr. Turcotte said. “In the first days it was about teaching new habits, hand washing, staying at their desks, how the schoolyard works. They learned very quickly. I’m almost worrying about how docile the kids have become.”

Dr. Turcotte said she is more worried about how the year has ended “full of inequality.” While children back in school are getting plenty of attention, children who stayed home are receiving a widely varying quality of online instruction. “They don’t all have access to technology, not everyone is comfortable with it,” she said. “What’s keeping me awake at night is how we will even out all these variables in September.”

Sylvain Lévesque, who teaches at a small primary school in Wotton, just outside Sherbrooke in the Eastern Townships, said nine of his 19 students have returned. He is pleased he has maintained online engagement with most of his students who stayed home. “Our biggest problem is high-speed internet. We don’t have it,” he said.

Mr. Lévesque doesn’t wear a mask in class, while other teachers do, but he must constantly remind his Grade 5 and 6 children to keep their two-metre distance. “We’re fortunate here, we have space, we don’t have much COVID in the area,” he said.

Like teachers at a few other of the rural Quebec schools, Mr. Lévesque built a giant human-sized foosball court in the yard at École Hamelin to allow children to play soccer while distancing. The rods that the children must hold are disinfected between matches. 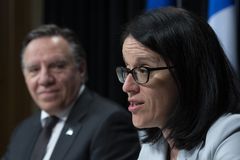 New Brunswick legislature adjourns after only two days as new COVID-19 cases reported in province
May 28, 2020

PEI extends its state of emergency, announces new rules for off-Island cottagers
May 28, 2020 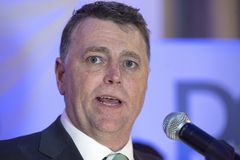