A majority of Canadians support the decriminalization of illicit drugs as part of the response to escalating drug deaths, according to a new report on perceptions of the overdose crisis.

The Angus Reid Institute (ARI) surveyed 5,003 Canadian adults on their views and experiences relating to “Canada’s other epidemic,” as well as interventions they support to combat it, releasing its findings on Wednesday.

It found that 59 per cent of respondents nationally – a majority in every province except Saskatchewan and New Brunswick – favoured removing criminal penalties for possessing small amounts of illicit drugs. British Columbia had the highest level of support, at 66 per cent. Only 45 per cent and 49 per cent of respondents in Saskatchewan and New Brunswick supported decriminalization, respectively.

The self-commissioned online survey was conducted Nov. 12-16, drawing from a representative randomized sample of Canadians who are members of the Angus Reid Forum.

Support for drug decriminalization has gained momentum as record overdose deaths put pressure on governments to explore all options. Vancouver is in formal discussions with Health Canada about decriminalizing on its own, while B.C. inquired this month about the possibility of doing so provincially. Cities including Victoria, Toronto and Montreal have asked Ottawa to take action federally.

Karen Ward, a drug policy adviser for the City of Vancouver, said decriminalization is not a solution to the overdose crisis, but part of a process aimed at fixing a complicated problem that was created through many decisions over a long period of time. She likened the current issue of drug use and addiction to homosexuality, which was criminalized until the 1960s and continued to be pathologized for many years afterward.

“The most significant thing [decriminalization] could do is catalyze a discussion among the broader public and enable widespread social change,” Ms. Ward said. “It’s widespread discussion that will make people unsettled and challenge assumptions around drug use and prohibition, which are deeply enmeshed in Canadian culture.”

The report found that the most supported approach was compulsory treatment for people who use drugs, with 88 per cent in favour. However, there is limited scientific literature evaluating such models.

A systematic review of studies assessing the outcomes of compulsory treatment published in 2015 in the International Journal of Drug Policy concluded the evidence did not suggest improved outcomes, with some studies indicating potential harms.

The survey also found that 66 per cent of respondents nationally support supervised drug-consumption sites, while 45 per cent said it would be better to “get tough” on people who use drugs by increasing arrests and charges for possession.

Christopher Adams, a polling expert and adjunct professor of political science at the University of Manitoba, said such polls can serve as evidence of voters’ concerns and can be used by lobby groups to influence policy decisions. However, he said while the methodology of the survey is sound, the issues are fairly complicated. Respondents may not fully understand the issues, and opinions could change once bills are tabled.

“It’s one thing to imagine a consumption site, but another to have it in your neighbourhood,” he said.

While seven in 10 respondents said the situation has worsened in the past year, fewer have been paying close attention during the COVID-19 pandemic. In February, 2019, 42 per cent said they followed the issue closely and discussed it with friends and family, compared with just 16 per cent now.

“These data really bear out that despite the fact that this is not top of mind for Canadians [during the pandemic], they are no less disabused of the gravity of the situation,” ARI president Shachi Kurl said. Feb. 20: ‘My brother.’ ‘Our beautiful niece.’ ‘A son.’ Readers reflect on lives felled by an overdose crisis, plus other letters to the editor
February 20, 2021 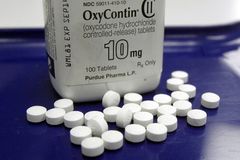