The mother of a 15-year-old Montreal-area boy who was the target of a widely circulated racist video is filing a human rights complaint against the alleged perpetrators and asking that blackface be declared a hateful symbol, she announced Thursday.

The video shows two girls, believed to be local high school students, singing and dancing in blackface as they direct a stream of slurs and insults towards Black people.

The mother, who is not being named to protect her son’s identity, told reporters the video includes her son’s name and violates his rights to equality, dignity and respect.

“It was a hateful act made by two young women against my child, who is a teenager, and there needs to be consequences so this is addressed correctly,” she told reporters, adding “and ideally, this is the last time we see blackface.”

The woman said her son, who stood nearby as she spoke, had been frustrated and confused by the video but wanted to stand up for himself and help to prevent future incidents.

The complaint is expected to be filed to the Quebec Human Rights and Youth Rights Commission in the coming days by a local group, the Centre for Research-Action on Race Relations. It will include a claim for several thousand dollars in damages as well as mandatory anti-racism training for the alleged perpetrators.

Fo Niemi, the centre’s executive director, says the complainants will also seek a ruling that will declare blackface a “symbol involving discrimination,” which is prohibited under the Quebec Charter of Rights and Freedoms.

If upheld, it could mean that donning blackface could eventually be seen as a civil rights violation and an illegal symbol of racism and hate, which would subject those who use it to prosecution.

The woman said she was shocked by the video, which was made by two girls whom she describes as acquaintances of her son.

“Not only was my son’s name mentioned in it, the N-word was used repeatedly, blackface was used throughout, and there’s several different negative stereotypes that were just hard to take,” she said.

Neither she nor her son has received an apology from the girls or their families, she said.

Montreal police investigated the video but said last week that the girls would not face criminal charges. A police spokesman said that while the content was racist, it did not incite hatred, which would be key to laying charges.

It’s also unclear what consequences the girls will face.

John Rennie High School in Pointe-Claire, a suburb west of Montreal, promised it was taking the incident “very seriously” but declined to say whether the girls had been expelled.

“The registration status of each student remains a private matter which cannot be disclosed publicly,” the school wrote on its website.

Both Niemi and the mother said they were not satisfied with the school board’s response, and they could eventually name the board in the complaint if it doesn’t take concrete action to address the situation.

Complaints can be filed with the commission by anyone who believes they have been a victim of discrimination or harassment based on one of the prohibited grounds under Quebec’s Charter of Human Rights and Freedoms. 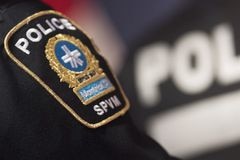