The mother of a 13-year-old girl found murdered in Burnaby, B.C., will get a Mandarin interpreter so she can understand what’s going on in court involving a man accused of the crime, the Attorney General’s Ministry says.

“In addition to the interpretation services, the family will continue to have access to support from victim services throughout court proceedings,” the ministry said in an e-mail, adding privacy issues prevent it from disclosing specific services that have been accessed.

It said interpreters are provided for victims who testify in court.

However, the Office of the Federal Ombudsman for Victims of Crime called for an amendment to the Canadian Victims Bill of Rights last year so people who are affected by an offence also get that support and don’t have to ask for it.

Marrisa Shen’s mother requested an interpreter earlier this month through her lawyer in provincial court, and a judge recommended the B.C. government provide that service.

Ibrahim Ali, who is charged with first-degree murder, has had an Arabic interpreter for his pre-trial court appearances. He is set to make his next appearance on Nov. 23.

Shen’s mother does not wish to be identified and has not spoken publicly since her daughter was found dead in Central Park in Burnaby in July 2017.

Ninu Kang, spokeswoman for Mosaic Community Services, said victims of crime should automatically get access to language interpreters in court, the same as the accused, as they go through what is an intimidating and overwhelming process for most Canadians.

Kang said victims’ relatives, friends or members of a community sometimes step in to translate proceedings but unlike professional interpreters, they are not trained to understand court jargon and could be providing incorrect information while dealing with a stressful situation.

“Family members will further endure trauma and they don’t necessarily know even what their role is so they might interpret what is their understanding of what is being said.”

Professional interpreters must abide by a code of ethics, ensure accuracy and remain impartial, Kang said.

“There’s a need for professional conduct so victims aren’t feeling like they owe you anything. They’re paid individuals and victims should know they have a right to the workers.”

Kang said their non-profit organization, among others, is sometimes hired by the government to provide interpreters or workers who aid victims through the court process.

However, she said there aren’t enough resources for language interpretation in the community.

“We have a long way to go to recognize that all victims don’t have language proficiency in our two official languages and providing language access is a human rights issue for Canadians.”

Mosaic participated in consultations last year as the Office of the Federal Ombudsman for Victims of Crime sought input on how best to meet the needs of people navigating the justice system.

A report released by the office last fall outlined concerns involving the courts.

“We heard repeatedly just how complicated the criminal justice system is and how hard it is to understand, even for those who work within it. Help is needed to navigate a system that is so highly complex and has its own culture and language.”

Another report by the office says “language hurdles” impede access to justice.

“If the system does not accommodate linguistic or communication barriers, how can victims be heard in cases involving them?”

The ombudsman recommended three sections of the Canadian Victims Bill of Rights be amended so people have information about investigations and access to interpretation so “the onus is not on victims to request the information to which they have rights.”

“Such a change could be complemented by the development of a federal/provincial/territorial framework for regulations or guidelines that could be implemented by various jurisdictions, providing nationally uniform guidance on how rights to information are to be fulfilled,” says the report released last November. 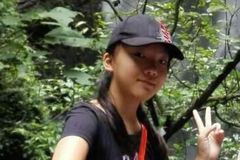