Fathers want their sons to toughen up in moments of sadness, while mothers are much more likely to encourage them to express their emotions – at least that’s what gender stereotypes would lead us to think.

But a new study conducted by researchers at the University of Guelph suggests that moms, not dads, may be the ones implicitly perpetuating the gender stereotype that boys don’t cry.

“We expected that both moms and dads would favour girls crying over boys crying. That’s based on the stereotype that boys shouldn’t cry,” said psychology professor Kristel Thomassin, who conducted the study published last month in the Canadian Journal of Behavioural Science. “We did find that – but only for moms.”

While the study may shed light on the biases mothers and fathers have when it comes to children expressing emotions, the researchers say the study’s findings must be viewed with caution: The study is a reminder of how gender stereotypes may influence thinking, but its results may not reflect how parents actually respond to their own children in real-world situations.

"We don’t know if it translates directly into behavior,” Prof. Thomassin said.

Almost 600 parents from Canada and the United States participated in the study. After completing a test to measure their latent attitudes toward emotional expression, study participants were shown images of children between the ages of 8 and 12 conveying either sadness or anger. The participants were then told to sort each image into either a “pleasant” or “unpleasant” category.

The findings could reflect the participants’ actual beliefs. Another hypothesis is that they simply reflect their awareness of, and responsiveness to, cultural stereotypes, Prof. Thomassin said.

“It’s more acceptable for women or girls in general to be more emotionally expressive than boys, no matter what the emotion is,” she said.

It’s likely that many mothers in the study may have found images of boys crying to be “unpleasant” because they know that, no matter how unfair it may be, boys who do so are likely to be teased and bullied by their peers, Prof. Thomassin said.

As much as parents have begun to nurture their children’s emotional expression much more than previous generations, it is still something they often struggle with, said Alyson Schafer, a Toronto-based parenting expert.

“A lot of times when our kids show certain emotionality we get triggered and we don’t like it, so we want them to change their emotions because we can’t handle it as parents,” she said.

The difficulty is made even more challenging in light of gender stereotypes.

“The standing tradition is in order to be a male you must not be vulnerable, you must not share or talk about your emotions,” Ms. Schafer said. “We’re aware of it, but it doesn’t mean we’re walking the talk yet.”

Tara Grant, an independent consultant in Toronto and mother of 10-year-old twins, says her parenting is usually the opposite of what the study found.

“We express our emotions very freely in our home,” she said. But if anything, she is more indulgent of her son’s emotions than her daughter’s because of cultural stereotypes.

“I’m hyper-aware for Lainey that, professionally, women who express emotion, it’s not good,” she said. “I try to manage it that Lainey is entitled to her emotions, but I also am aware that there could be hurdles for her down the road.”

While Prof. Thomassin can’t say for sure why parents in the study responded the way they did, the results will hopefully make some parents more aware of how gender stereotypes can influence their thinking – no matter how uncomfortable they may be with those stereotypes, she said.

“It’s a really tough challenge for parents,” she said.

TCDSB votes to add terms such as ‘gender identity’ and ‘gender expression’ to code of conduct
November 8, 2019 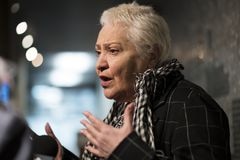 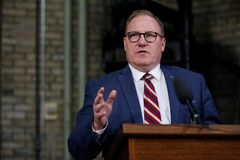