The groundwork is being laid for public hearings into Canada’s approval of the Boeing 737 Max, almost a year after the flawed plane crashed for a second time, killing 157 people, including 18 Canadians.

Opposition MPs say they will push for a hearing when the House of Commons transportation committee resumes meeting in less than two weeks, setting the stage for the process to begin as early as this spring.

Conservative transportation critic Todd Doherty will table a motion calling for four days of public testimony that will examine Canada’s scrutiny of the 737 Max. The Bloc Québécois said it is also in favour of hearings which, along with the support of the NDP, would mean the motion could not be blocked by the Liberal government – as it was last year.

The renewed push comes after an investigation by The Globe and Mail in December exposed serious problems with Canada’s oversight of the 737 Max, including several blind spots that led Transport Canada to endorse the faulty aircraft before it flew, and allowed the plane to continue flying after the two deadly crashes. Transport Canada outsourced much of its scrutiny to the U.S. Federal Aviation Authority, which in turn abdicated crucial elements of the plane’s approval to Boeing, through a series of regulatory changes.

In its rush to build the plane, Boeing installed faulty software that was intended to stabilize the aircraft in flight, but instead forced it into a deadly nosedive during both disasters. Introduced in 2017, the 737 Max is now the deadliest commercial airliner in history, with more casualties in its first 48 months than any other plane.

Numerous public hearings have been held in the United States to examine the failed regulatory oversight of the 737 Max. However, no such hearings have been held in Canada, which was among the last counties to ground the plane. Families of the 18 Canadian victims, including several who attended congressional hearings in Washington last year, have wondered why Canada has not yet held any public process.

Given new information that has come to light about the mistakes made by Boeing, the FAA and Transport Canada in the certification of the plane, Mr. Doherty said the time has come for a hearing in Canada to examine changes that need to be made to aviation oversight. He said the government needs to look at whether Canada has become too reliant on the FAA for airplane certification.

“We depend far too often on others, our allies, to certify [new planes] and we just trust. As we move forward, I think we have to be self-reliant,” Mr. Doherty said. “We want to make sure, first and foremost, that we’re always looking after Canadian interests. Always."

The Globe investigation revealed that, in the aftermath of the second crash in March, Transport Canada initially waited for input from the U.S., rather than ground the plane itself out of caution, as many countries were doing. The investigation showed Canada signed off on 71 changes to the new plane’s design, but did not scrutinize the software that caused both disasters, relying mostly on the FAA’s analysis, which was heavily influenced by Boeing.

The Globe investigation also showed how Canada ignored key data that other countries were using in its decision not to ground the 737 Max fleet. It also revealed how the FAA shared with Canada the preliminary results of a risk analysis after the first deadly crash in Indonesia in late 2018.

Bloc Québécois MP Xavier Barsalou-Duval will also call for public hearings, given the questions that have arisen about Canada’s handling of the 737 Max. “It’s of paramount importance for the Bloc Québécois to obtain clarity on such issues," said Anthony Bissonnette, a spokesman for Mr. Barsalou-Duval.

A similar motion was tabled last spring, but was defeated 5-3 by the Liberal majority on the committee. However, now that the Liberals lack a majority, the support of the Bloc Québécois, Conservatives and NDP would be enough to allow it to proceed.

Chris Moore, a Toronto father whose 24-year-old daughter, Danielle, died in the second crash last March in Ethiopia said Transport Canada met with the families recently, but only on the condition that the meeting not be open to the public. Mr. Moore wants public proceedings to go forward so that Canada’s methods for certifying new aircraft can be scrutinized, and changes can be made to ensure a similar disaster doesn’t happen again. 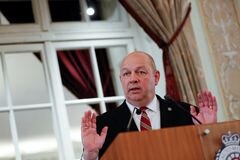 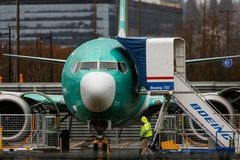 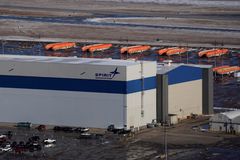