Once upon a time, there was a federal cabinet minister named Bev Oda. Ms. Oda was celebrated as the first Japanese-Canadian MP and member of the executive council in the country’s history. However, a glass of orange juice fundamentally changed the arc of her compelling personal story.

Back in 2012, it came to light that Ms. Oda, then minister for international co-operation in Stephen Harper’s Conservative government, had attended a conference in London the previous year. Instead of staying at the hotel set up by organizers, she bunked at the much pricier Savoy, at a rate of $665 a night. While there, she billed taxpayers for a $16 glass of orange juice.

When this all came out, the Liberal opposition pounced. It didn’t matter that the costs were trivial in the grand scheme of things, or that she had agreed to reimburse the public for the cost of the hotel she stayed in, or that she had apologized unreservedly for her actions. The Opposition wouldn’t let go of what they saw as a winning issue. The Liberals focused on the $16 glass of orange juice. The strategy worked. Ms. Oda would end up resigning from politics altogether that summer.

We revisit this moment in Canadian political history because of what happened this week in the House of Commons. On the very day our federal politicians were adjourning for the summer, Conservative Opposition leader Andrew Scheer spent time in Question Period hectoring Justin Trudeau over the cost of a kids’ swing set he had installed at the Prime Minister’s summer residence at Harrington Lake.

The swing set was among a number of upgrades to the lakeside retreat, according to documents obtained by the CBC. There was also the installation of a sauna (which the PM paid for himself, but taxpayers footed the $4,368 cost to put it in), a new screened patio, with three umbrellas and stands ($10,000) and a $5,000 golf cart, among other items. But it was $7,500 for the swings that the Conservatives decided to set their sights on. It was their $16 glass of orange juice.

It was also evidence of one of politics’ greatest truisms: What goes around, comes around.

For what it’s worth, the PMO says Mr. Trudeau paid for the swing set himself and that all he’s billing taxpayers for is the cost of installation: $990 plus tax. That fact hasn’t stopped Mr. Scheer from continuing to use the original $7,500 number, while attempting to portray the PM as an elite, out-of-touch spendthrift.

Should any of this matter? Well, that’s almost beside the point now. This is where our politics is at the moment, and where it’s likely to stay for some time.

Of course, there are far bigger issues that Mr. Scheer might have used up valuable time in Question Period to focus on. But for him, a $7,500 swing set – even if it wasn’t a $7,500 swing set – resonates with voters far more than any discussion around steel tariffs or the finer details of the country’s new cannabis laws. Not everyone has the capacity or interest to care about those issues. But you don’t have to concentrate too hard to understand the point Mr. Scheer is trying to make with the swing set: the country is led by someone who is tone deaf to the everyday struggles of most Canadians.

Now, I would say that there was a time when a political leader who had his facts wrong about his adversary would immediately correct the record. Mr. Scheer’s office said he got his information about the swing set’s cost from a media report. Mr. Trudeau’s office says it’s wrong. But I would not expect the Opposition leader to offer a mea culpa. Facts are almost beside the point in today’s politics.

Mr. Scheer’s tweets about the level of taxation the federal Liberals have imposed on people, and the cost of the national carbon tax, are plainly wrong and horribly misleading. This has been pointed out. But that doesn’t matter. It’s like the Conservatives have taken a page right out of Donald Trump’s playbook. Facts? What are they? It’s all about the message and what will have the greatest impact with voters. This is what you do in a craven bid for power.

I’m not sure what any of this says about our politics today, other than it’s not good. And the fact is, all political parties in this country are responsible for where we are today.

Opinion
The warning we must hear, from a former GOP loyalist
June 21, 2018 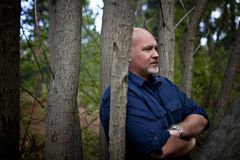 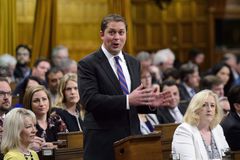