Carla Pereira was 17 years old the last time her mother called with an urgent request that she return home. Now, decades later, she was calling again, but it wasn’t because Ms. Pereira was out late – it was because the fully grown mother of two was out running errands.

“Don’t go anywhere else,” her mother pleaded over the phone earlier this week. “Come home. You have old people who live here.”

Ms. Pereira and her family share their house in Brampton, Ont., with her elderly parents – both of whom have high blood pressure and are diabetic. The family is wiping down groceries before bringing them into the kitchen and Ms. Pereira’s mom has made her own hand sanitizer after not being able to find it in stores.

“My parents’ anxiousness is real,” Ms. Pereira, the director of communications for the Peel District School Board, says. “I don’t think we’ve ever washed our hands better or have been more mindful.”

Households with three generations (or more) living under the same roof are facing particular challenges in battling the spread of coronavirus. While families across the country are taking precautions to guard against COVID-19, those measures are even more pronounced in homes such as Ms. Pereira’s, since children are generally the carriers of the virus and grandparents are among the most vulnerable.

According to Statistics Canada, multigenerational homes only made up three per cent of Canadian households (or roughly 403,000) in 2016, but they were the fastest rising category between 2001 and 2016.

Roger Wong, a clinical professor in geriatric medicine at the University of British Columbia, says that seniors living in multigenerational homes might need to take extra precautions. If anyone is unwell, family members should take steps to stay away from the rest of the household, he says. That might mean staying in a separate room and eating meals alone.

But, he adds that social distancing doesn’t have to mean social isolation. As odd it it may seem, family members might want to consider having Skype conversations within the household or creating a group chat, Dr. Wong says.

Lena Richison sat down with her husband and father recently to discuss changes to how the household would function during the pandemic. She has three young children, and although Ms. Richison says her 78-year-old father is healthy, he’s also a former heart patient and they can’t risk him being exposed to COVID-19.

The children no longer attend daycare or go to playgrounds. Ms. Richison says her dad would typically go grocery shopping daily and then head out for a coffee and a pastry. That, too, has stopped.

“My dad was on board with that,” Ms. Richison, who lives in Barrie, Ont., says. “We definitely have to be careful for him. He wants to be careful for the boys, too,” because although children aren’t necessarily susceptible, he doesn’t want to risk his grandchildren getting sick.

As for Ms. Richison’s husband, a 911 dispatcher, he does the shopping when needed after his overnight shift. To maintain social distancing, he leaves the grocery bags on the dining room table, rather than walking them into the kitchen and immediately goes upstairs to shower before greeting the family.

Jonathan Jeet lives in Surrey, B.C., with his parents and grandparents, who are in their 80s, says the elders in the household have turned to technology to socialize. The Indo-Fijian family typically had many visitors streaming through the house. These days, however, Mr. Jeet says they have to vet their guests and turn down anyone who presents any flu-like symptoms.

With a large extended family eager to check in, the grandparents have been FaceTiming all day long, he says. “My grandmother loves it, obviously.”

Mr. Jeet works as a patient ambassador at a hospital in the Vancouver area, which means he has a higher chance of being exposed to COVID-19. He has taken extra measures to protect his elderly grandparents, including doing his laundry daily and cleaning his car before they get in.

In Ms. Pereira’s household, her 14-year-old daughter has become even more mindful of keeping away from social gatherings – already difficult for teens – because of her grandparents living in the house.

“If my parents weren’t living with us, we would not be taking the same precautions, for sure,” she says. "We are on high alert.” 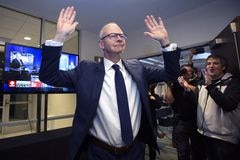 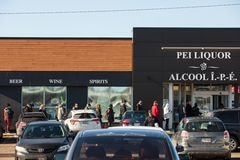 Follow Caroline Alphonso and Xiao Xu on Twitter @calphonso @xiaoxuyvr
Report an error Editorial code of conduct
Due to technical reasons, we have temporarily removed commenting from our articles. We hope to have this fixed soon. Thank you for your patience. If you are looking to give feedback on our new site, please send it along to feedback@globeandmail.com. If you want to write a letter to the editor, please forward to letters@globeandmail.com.
Comments