Municipalities across Alberta and Saskatchewan are facing revenue shortfalls as several oil and gas companies have stopped paying their taxes in a bid to stay afloat – which could lead to higher bills for residents and other businesses.

Local government and bankruptcy documents peg the tax loss from energy firms still operating and those that have gone bankrupt in the tens of millions of dollars. No government body has precise figures for the tax money in arrears, but the issue is widespread and is causing friction between community leaders and the oil patch.

In Saskatchewan, several rural communities are calling on the province to crack down on tax-delinquent petroleum producers. They’re also lobbying for greater powers to collect on overdue bills, including the right to place preferential liens on oil and gas properties.

“It’s a pretty big issue. We’re concerned that the problem is actually going to get worse,” said Ray Orb, president of the Saskatchewan Association of Rural Municipalities.

That’s because a prolonged downturn in oil and gas prices has led to a spike in both corporate bankruptcies and idle wells in Western Canada.

A Globe and Mail investigation last month revealed that about 20 per cent of all oil and gas wells in Alberta, Saskatchewan and B.C. are inactive. These 122,456 wells no longer produce oil or natural gas, but have not been plugged.

None of the Western provinces enforce cleanup timelines, but Alberta and B.C. have committed to introducing new rules and Saskatchewan is considering toughening its policies for abandoning and transferring unprofitable wells.

Some in the industry, however, argue that municipal-tax policies are also contributing to the shut down of wells: industrial taxes remain fixed, even as wells age and production drops.

Few tools are available to help municipalities collect taxes from laggard energy producers. Oil and gas companies lease the land they drill on, and so there is no property to seize and sell.

In Alberta, the province has stepped in to help municipalities replace the lost tax dollars that would have gone toward education. More than $3-million in credits have been granted to 37 communities since the program began one year ago, a provincial government spokesperson said. But that’s just a sliver of the total tab.

Farmers and other property owners are feeling the pinch, too, as some energy companies renege on annual lease payments to landowners for oil and gas wells. In southwestern Saskatchewan, Abbey Resources and its chief executive Jim Gettis cut its payments in half, angering many farmers. Rents can run between $1,000 and $3,000 annually for each well.

“Legislation has got to be changed,” said Garry Wagner, a 68-year-old farmer who has about 30 Abbey wells on his land. “When these outfits take these wells over, they’ve got to show a business plan of how they are going to pay everybody.”

“He still is operating as a company and, by right, he should be paying those bills,” Mr. Nobbs said.

For property owners in Saskatchewan, there is no recourse other than the courts when energy companies reduce lease payments or stop paying altogether. In Alberta, however, the government-funded Surface Rights Board provides compensation to landowners for unpaid leases – and payouts have skyrocketed.

Over the past dozen years, the board has remitted $21-million to property owners for land rents that energy firms were supposed to pay. Nearly three-quarters of that government redress has come since 2015, after oil prices collapsed. The count doesn’t include payments related to companies in the midst of bankruptcy proceedings.

Because municipalities have few tax-enforcement options for oil and gas development, they often negotiate with firms looking for breaks. That was the case with Sequoia Resources before it became insolvent earlier this year.

In the bankruptcy case, 22 Alberta municipalities filed claims for a total of $6.7-million, representing mostly unpaid taxes. The governments are not secured creditors, so they have no claim above others to any remaining value.

“What it comes down to is that when companies don’t pay their taxes, it gets passed on to the residents of municipalities,” said Heather Atkinson, a spokeswoman for Lamont County, which filed a claim of $1.5-million in the Sequoia bankruptcy, a sum representing 71 per cent of its delinquent taxes.

The county of just under 4,000 residents east of Edmonton has an allowance for uncollectible taxes, but if the amount exceeds that provision, the revenue may have to be made up through tax increases, she said.

Sue Riddell Rose, CEO of Perpetual Energy Inc., is a vocal critic of the tax regime. Even among relatively well-capitalized firms, the way municipal taxes are levied on the energy sector in Alberta has created its own serious financial problems, she contends. Sequoia bought is initial wells from Perpetual for $1.

The main issue, she said, is a disconnect between the way oil and gas wells and pipelines are assessed for municipal tax purposes and the rate at which revenue drops along with production over time. That puts aging assets at a crippling economic disadvantage, especially amid weak energy prices, she said.

Essentially, oil and gas production is at the highest when output begins after a well is drilled, and it drops off over time. Royalties, which provincial governments collect, reflect that. Municipal governments, however, assess taxes on the equipment. As it stands now, the depreciation allowed on equipment – the amount that its value gets written down with age – lags the decline in production by a wide margin, and as a result, municipal taxes as a percentage of operating cash flow can climb every year and render a well uneconomic, Ms. Riddell Rose said.

“You get to a point for the mature assets where the taxes are so high that they’re actually causing the shut-ins," she said.

A provincially appointed panel looking into the natural gas industry’s struggles issued a report recently that backed up Ms. Riddell Rose’s assertions about how municipal taxes are skewed against producers. “There is evidence that legacy producers with less production per well pay materially higher property taxes per unit of production. The principle of property taxes being associated with the market value of the property is not supported by the current property tax mechanisms,” the Natural Gas Advisory Panel said in its report to Alberta’s Energy Minister Marg McCuaig-Boyd. 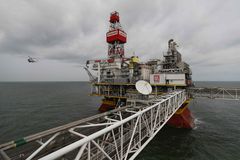 Energy firms back out of Whistler conference after mayor calls for climate-change compensation Subscriber content
December 14, 2018 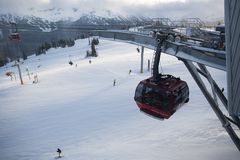 Opinion
It’s time for Canadians to come together to support their energy sector Subscriber content
December 16, 2018 Follow Renata D’Aliesio and Jeffrey Jones on Twitter @renatadaliesio @the_Jeff_Jones
Report an error Editorial code of conduct
Due to technical reasons, we have temporarily removed commenting from our articles. We hope to have this fixed soon. Thank you for your patience. If you are looking to give feedback on our new site, please send it along to feedback@globeandmail.com. If you want to write a letter to the editor, please forward to letters@globeandmail.com.
Comments