Ottawa sociology professor Hassan Diab says his long fight against accusations of terrorism wiped out his savings and caused chronic stress, depression and severe insomnia, prompting his lawsuit for financial compensation from the federal government.

Prof. Diab appealed to the government Friday to resolve the case “in a humane and fair manner” as he, his wife and two young children filed a statement of claim in Ontario Superior Court seeking tens of millions of dollars over his extradition to France.

“Throughout this time, my family was an ocean away. I missed the birth of my son. I missed birthdays, first steps, first words and so many other irreplaceable moments,” Prof. Diab, 66, told a news conference.

“For nearly a decade, my freedom and my life were stolen from me.”

Born in Lebanon, Prof. Diab became a Canadian citizen in 1993, working in Ottawa as a university teacher.

The RCMP arrested him in November, 2008, in response to a request by France.

French authorities suspected he was involved in the 1980 bombing of a Paris synagogue that killed four people and injured dozens of others, an accusation Prof. Diab has always denied.

Following drawn-out proceedings that went all the way to the Supreme Court of Canada, he was extradited to France where he spent three years behind bars, including time in solitary confinement.

In January 2018, French judges dismissed the allegations against him and ordered his immediate release.

Prof. Diab accuses the Canadian government of negligent investigation and malicious prosecution and says federal officials violated his constitutional guarantees of freedom of movement, liberty and security of the person.

The statement of claim contends the government withheld crucial fingerprint evidence prior to his extradition hearing.

Guy Pratte, Prof. Diab’s lawyer, said Friday the evidence would have affected the outcome of the extradition proceedings.

The assertions, first outlined in an initial notice last month, have not been proved in court and the federal government has yet to file a defence.

Mr. Pratte said Prof. Diab and his family hope the government will “want to right this terrible wrong” without a prolonged court battle.

Upon his return to Canada, Prof. Diab said he did not want financial compensation from the Canadian government, just changes to the “lousy” extradition law.

An external review of Prof. Diab’s extradition case for the Canadian government concluded that federal lawyers who worked on the file “acted in a manner that was ethical and consistent” with law and policy.

Prof. Diab has rejected the report as a “whitewash exercise.” He lamented on Friday that the government had “taken no meaningful action” to reform the extradition law since his release.

“The reality is that my ordeal could have been prevented,” Prof. Diab said. “And I am here today to ensure that no Canadian ever has to go through the same experience again.”

Amnesty International Canada and the British Columbia Civil Liberties Association are among the many groups that have called for a public inquiry into the Diab case and a review of Canada’s extradition system. 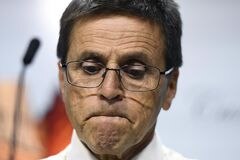 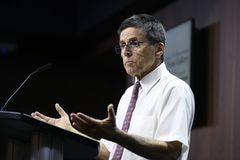