My husband has been diagnosed with sleep apnea but he refuses to use the CPAP machine that is supposed to help him breathe at night. He says it is too damned uncomfortable. What should he do?

Your husband isn’t the only person who’s had trouble adjusting to CPAP, which stands for Continuous Positive Airway Pressure.

An estimated 30 to 50 per cent of those with obstructive sleep apnea don’t regularly use the device which involves wearing a mask that directs air down the throat. But many patients eventually overcome their initial discomfort by experimenting with different types of masks and machines until they find the equipment that suits them best.

However, a bit of background is worthwhile before reviewing the options.

The first thing you need to know is that this condition is caused by the soft tissues in the back of the throat collapsing during sleep and blocking the flow of air. Those with sleep apnea wake repeatedly throughout the night – in some cases, hundreds of times – to literally gasp for air.

They have no recollection of rousing but will suffer the consequences of poor-quality sleep – including daytime drowsiness and impaired concentration.

To make matters worse, sleep apnea puts a dangerous strain on the heart and other organs, elevating the risk of heart attacks and strokes.

It also interferes with the normal process of clearing toxins from the brain during sleep and may boost the chances of developing dementia later in life.

That’s why CPAP is such an essential – and ingenious – invention. It works by simply producing a stream of pressurized air that props open the throat so breathing isn’t interrupted.

Of course, the downside is that many patients don’t like sleeping with a mask connected to a CPAP machine.

“One size does not fit all – and that’s part of the problem,” says Mark Boulos, a neurologist at Sunnybrook Health Sciences Centre in Toronto.

Indeed, people come in all shapes and sizes. A mask that works for one person might not be right for someone else. Some masks completely cover the nose and mouth, while others fit snugly under the nostrils.

Some patients might also benefit from a different type of machine. In particular, an “auto” CPAP will adjust the pressure, based on the individual’s breathing patterns.

The companies that sell sleep-apnea equipment usually provide “loaners” so patients can try a variety of models at home. But it often takes many weeks of trial and error to find the best combination of mask and machine.

“You really have to stick with it,” says Boulos. “I tell patients to find a company close to their home so they can conveniently go back and forth multiple times.”

That’s good advice for those who live in urban areas with an abundance of CPAP vendors.

But it may not be a practical solution for those who live in rural communities or parts of the country where a lack of provincial funding creates other obstacles to obtaining effective treatment.

“There is huge variability in terms of how sleep-apnea care is provided across Canada,” says Najib Ayas, an associate professor at the University of British Columbia.

For instance, Ontario funds sleep labs that test for the disorder and will cover about 75 per cent of the cost for patients to buy a sleep apnea machine.

By contrast, British Columbia doesn’t cover the cost of the equipment and much of the testing is done by private CPAP vendors that use home-based monitoring devices to help make a diagnosis.

This means the same companies testing patients are also selling them sleep-apnea equipment. “This creates a potential conflict of interest,” says Ayas. He notes that patients with mild sleep apnea may not need a CPAP machine, but might be sold one nonetheless.

The cost of the equipment can also be a barrier to treatment for patients who lack public or private health insurance. The price of the same machine can vary from $1,000 to $2,500 across Canada.

There’s no doubt that it can be hard for some patients to find the equipment that works best for them. Unfortunately, that task can be made more challenging by insufficient support from the public health-care system, says Ayas.

“It seems odd to me that we have a therapy that prevents people from asphyxiating at night, and yet some provincial governments don’t want to fund it.”

It’s never too late to get the vaccine for HPV, the virus that can lead to cervical and other cancers
Subscriber content
January 21, 2020 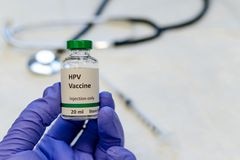 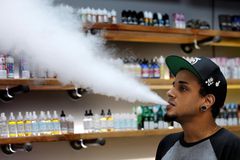 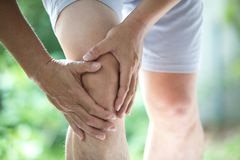