What was a safe Liberal seat in Labrador has become a competitive four-way race after political scandals befell a Liberal cabinet minister who is running as an Independent to try and keep the riding.

The Liberals are running Inuk artist and Happy Valley-Goose Bay town councillor Michelle Baikie in the Lake Melville district. Shannon Tobin of the Progressive Conservatives is back in the race, after losing by just over 300 votes in that riding in 2019. The NDP, meanwhile, is running Amy Norman, an Inuk woman who’s been active in the fight against the Muskrat Falls hydroelectric project.

They’re all hoping to unseat Perry Trimper, who left the Liberal party in November amid calls from Innu Nation leaders for his resignation. He’s now running as an Independent.

“There are many people in the community who remain supporters and friends of mine,” Mr. Trimper said in an interview Wednesday, adding that he had lunch with several Innu elders last week. “It’s unfortunate that some in leadership positions have taken very strong positions that, despite my efforts, they’re still there.”

Mr. Trimper has held the seat since 2015 and is a former Speaker of the House and Liberal cabinet minister.

In October, he told CBC that homeless people in Happy Valley-Goose Bay, a town in his district, “choose” their lifestyle. He apologized – but it was his second apology to Labrador Indigenous groups: In September, 2019, he was caught on tape saying Innu Nation leaders were playing the “race card.”

After the comments about homeless people in his district, Mr. Trimper announced he wouldn’t seek re-election. But shortly after that statement he said he would run instead as an Independent.

“It’s been quite liberating for me,” Mr. Trimper said about running for office without party affiliation. “What I say and how I say it will be solely based on my own situation, I don’t have to think about the consequences for the policy of a party or the position of a minister. I can really speak for the district.”

NDP Leader Allison Coffin was in Happy Valley-Goose Bay on Wednesday, campaigning with Ms. Norman. The NDP made major headway in the region in 2019, after political rookie Jordan Brown won the Labrador West riding by two votes, unseating Graham Letto, who was a Liberal cabinet minister at the time.

Mr. Brown’s win secured the party an unexpected third seat in the legislature. A spokesperson for the NDP campaign said the party hopes the spirit of Mr. Brown’s out-of-the-blue victory will carry Ms. Norman in Lake Melville.

In Labrador West, Mr. Brown faces Liberal Wayne Button, former Labrador City mayor, and Nick McGrath, who held the seat for the Progressive Conservatives from 2011 to 2015.

Mr. Brown’s win wasn’t the only huge upset in Labrador in the 2019 election. Lela Evans, who quit her job at a mining company to run for the Progressive Conservatives, beat her cousin, Liberal Randy Edmunds, in the Torngat Mountains district along Labrador’s north coast. Mr. Edmunds had held the seat for nearly a decade.

“I think he was disappointed and upset, because we were really close,” Ms. Evans said in interview Wednesday. She will have to beat Liberal newcomer Devon Ryan to keep the seat.

In St. John’s, Progressive Conservative Leader Ches Crosbie launched a petition demanding the Liberals release their plan to revive the province’s economy. The Liberals, however, say a first draft of that plan is due Feb. 28, two weeks after voters head to the polls.

Liberal Leader and incumbent Premier Andrew Furey on Wednesday met with the union representing workers at the oil refinery in Come by Chance, N.L. The refinery was idled in the spring amid the COVID-19 pandemic, and two bids to purchase the facility have since fallen through.

Hours before he called the election on Friday, Mr. Furey announced $16.6-million in funding for North Atlantic Refining, the company that operates the facility, to keep it in warm-idle mode so it would be more attractive to buyers.

Newfoundland and Labrador’s election is on Feb. 13. 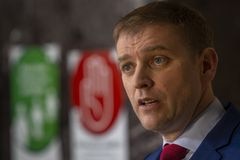 The question looming over Newfoundland and Labrador’s winter pandemic election: Will anyone vote?
February 1, 2021 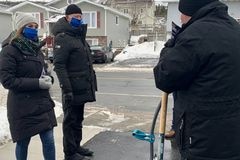 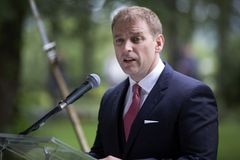