A New Brunswick doctor blamed by many, including the Premier, for spreading COVID-19 in a growing cluster of new cases told Radio-Canada on Tuesday that he’s not sure how he picked up the virus.

Dr. Jean Robert Ngola said he recently travelled from Campbellton, N.B., to Quebec to pick up his four-year-old daughter because the girl’s mother had to attend a funeral in Africa.

Dr. Ngola admitted that upon his return from the overnight trip, he did not self-isolate for 14 days, but added he does not know if he caught the novel coronavirus on his travels or from a patient.

“Perhaps it was an error in judgment, but I did not go to Quebec to go to take the virus and come to give it to my patients,” Dr. Ngola told morning show La Matinale.

There are 13 active COVID-19 cases in the province that had just weeks ago seen all of its coronavirus cases recovered.

On Tuesday, the Public Health Department reported another COVID-19 case in an outbreak at Manoir de la Vallee, a care home in Altholville in the northern part of the province.

All of New Brunswick’s active cases are in the health region known as Zone 5, and all have been linked to a cluster in the Campbellton area.

Officials, including Premier Blaine Higgs, have said the cluster began when a health care worker travelled to Quebec and returned to work at Campbellton Regional Hospital without self-isolating.

But Dr. Ngola told La Matinale that his COVID-19 diagnosis threw him, and he’s not sure how he was exposed. His daughter tested positive as well and both have been in quarantine since, but neither have had any symptoms.

The doctor, who is of Congolese descent, said he has been the victim of racist attacks online since public attention was directed to his case. His name and photo were shared on social media with racist comments describing him as “the bad doctor who went to get the virus to kill people here.”

Dr. Ngola told the radio program he took precautions when travelling and did not stop en route.

He continued working upon his return to Campbellton and left his daughter in the care of an essential service workers’ daycare centre.

On May 25, he was told that one of his patients had tested positive for COVID-19. He called the man, whom he’d seen May 19 for a prescription renewal, and stopped working right away.

Dr. Ngola said as a patient, he also has the right to confidentiality.

The Campbellton COVID-19 cluster has led to increased testing in the region, where the Vitalite health authority offered tests to anyone who asked from Friday through Sunday.

More than 3,300 were completed over the weekend and Zone 5 has moved back a step in the province’s reopening plan.

A Tuesday news release from the province’s Public Health Department said the newest positive case is a person their 80s linked to Manoir de la Vallee, where a worker tested positive last week.

Five residents have now tested positive for the virus and the regional director for Lokia Group, the company that owns the home, said Monday that two had been hospitalized.

The province said Tuesday that five people are in the hospital due to COVID-19, including one person in intensive care.

Dr. Jennifer Russell, Chief Medical Officer of Health, said in a statement that New Brunswickers should be patient as the province monitors the outbreak.

“We have 14 days ahead of us to see how things unfold,” Dr. Russell’s statement read. “In the meantime, I ask New Brunswickers to continue to demonstrate their compassion, kindness and patience throughout the province.”

At a news conference last week, Premier Blaine Higgs did not refer to Dr. Ngola by name, but criticized him as “irresponsible” and said the matter had been referred to the RCMP, potentially leading to charges for violating public health orders.

Days later, Mr. Higgs walked back his remarks slightly and appeared to acknowledge the outrage, telling people to leave investigation into any wrongdoing up to law enforcement and the person’s employer.

“I know people are upset, but we don’t want anyone taking matters into their own hands,” he said.

Campbellton Mayor Stephanie Anglehart-Paulin told The Canadian Press on Saturday that she was embarrassed by many of the comments on social media directed at the doctor, which she described as “pretty hateful and nasty.”

With files from Sidhartha Banerjee in Montreal

New Brunswick copes with return to lockdown after increase in COVID-19 cases
June 1, 2020 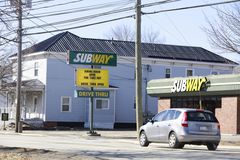