Liberal Premier Brian Gallant, who released his party’s full platform earlier in the day, presented a rosy picture, insisting the province has been blessed with economic growth, a growing population that has reached record levels while wages have gone up and the jobless rate has gone down.

“The deficit has been cut by more than half and we had a budget surplus – the first in 10 years – and we’re seeing hope again,” Gallant told the live audience at St. Thomas University in Fredericton. “We’ve grown the economy every single year.”

By contrast, Progressive Conservative Leader Blaine Higgs painted a bleak picture, saying Gallant’s “tremendous thirst to spend money” has resulted in the worst economic performance in Canada, “in every category.”

“We’re closer to the cliff now than we were four years ago,” Higgs said, quoting an economist’s recent assessment of the province’s economic performance.

“I spent 33 years in getting results for money being spent,” the former finance minister said, referring to his previous career as an executive with Irving Oil. “We can’t be in last place and continue to say like Brian Gallant does, ‘Let’s just invest more.“’ Green party Leader David Coon drew the biggest applause of the night when he challenged Higgs’ suggestion that taxpayers should be treated like business customers.

“Running a government is not like running Irving Oil, so let’s get real,” he said about midway through the discussion, broadcast live by CTV.

For the most part, the exchanges between the three men were civil. But sparks often flew when Gallant repeatedly accused Higgs of wanting to cut $500-million in spending and eliminate 2,000 public service jobs, which Higgs denied.

“In this (election) scenario, we see Brian Gallant spending more and getting less,” Higgs said, repeating a theme that he has turned to throughout the campaign.

Gallant accused Higgs of fear-mongering and trying to divide New Brunswickers, and Higgs responded with more accusations that the Liberal leader has been irresponsible with public funds.

And the discussion reached a low point when Gallant accused Higgs of lying when he recently claimed that Gallant had offered him a job as finance minister after the Liberals won the 2014 election.

As Gallant and Higgs locked horns, Coon kept his cool, at one point calling attention to the bickering by saying, “There you go again.”

Earlier in the day, the Liberals released their platform, which includes 118 commitments at a projected cost of $155-million over four years.

The document also revealed the party is planning for higher deficits before achieving a surplus.

Most of the promises had been released previously during the campaign, including a four-year freeze on power rates, improvements to a free tuition program, and tuition help for the middle class – but the 26-page document does include a few new items.

If re-elected, a Liberal government would develop a teacher recruitment plan to fill vacancies created by retirements.

They would also double the limit on how much alcohol individuals can be bring into the province.

But Gallant was quick to defend the extra spending.

“Our Liberal platform is costed and will result in a new investment of $49-million per year, once fully implemented, a figure that will be partially offset by at least $10-million in net revenue,” he said.

Gallant said there would be no new taxes on individuals, but he said he could raise the 14 per cent tax on large corporations if more revenue is needed.

“We will reserve the right to increase taxes for large corporations, but have no plans to do so,” Gallant said.

“We will maintain higher income tax levels on the richest one per cent so we can continue to invest more on education and reduce hospital wait times.”

The Progressive Conservatives were quick to criticize the costing.

“As documents filed with Elections New Brunswick show, that promise is nothing more than another bait-and-switch sold by the Gallant Liberals,” the release states.

The Tories say the Liberals are costing that promise as revenue neutral because health-care professionals would have to give up wage increases to get the expanded benefits.

When asked how the promise could be revenue neutral, Gallant didn’t directly answer the question.

Why one unlikely New Brunswicker is prohibited by law from voting
September 19, 2018 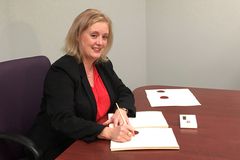 ‘New Brunswick is in a death spiral’: Why this election is more serious than you think
September 24, 2018

New Brunswick’s poor economy is the ‘elephant in the room’ of this provincial election
September 16, 2018 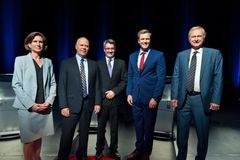