New Brunswick will become the first province to head to the polls during the COVID-19 crisis, as Premier Blaine Higgs tries to turn support for his handling of the pandemic into a majority government.

Mr. Higgs called the election Monday afternoon, after the opposition Liberals rejected a proposed four-party deal last week that would have avoided an election for two years. The Premier says an election is needed to give his province stability, and sees the Sept. 14 vote as his best chance at securing a majority.

His minority Progressive Conservative government, elected in 2018, holds 20 seats in the legislature, the same as the Liberals. The People’s Alliance of New Brunswick and the Green Party both hold three, while two seats are vacant and one is held by an independent MLA.

It will be the first time voters head to polling stations in Canada during COVID-19 restrictions, with rules around gathering and physical distancing in public settings. The Premier said he called the election only after the province’s chief medical officer of health advised an election could be held safely next month.

The Premier, who took office after former Liberal premier Brian Gallant’s government failed to win the confidence of the legislature following an inconclusive election, was also facing three by-elections this fall that could have cost his party its tentative hold on power.

Recent opinion polls have favoured the Higgs government, which until now had been getting unprecedented co-operation from the other parties during the pandemic. But calling an election at this time remains a gamble, with both political and public-health risks, observers say.

“In normal times, it would make sense to roll the dice, but the risks involved are different here,” said J.P. Lewis, a political scientist at the University of New Brunswick.

“When premiers and prime ministers have gone to the polls early, it’s not unusual for that to be a story. But none of those have been during a time when there could be a stay-at-home order.”

The Premier acknowledged many conventional campaign methods will be off-limits to candidates.

“We are in a pandemic and the coming election campaign will not be like any election we have ever experienced,” Mr. Higgs told reporters Monday.

Candidates will need to be creative and innovative to get out the vote during the 28-day campaign while following health directives to slow the spread of the novel coronavirus, the Premier said.

“As difficult as it is to imagine, our candidates will not be going door-to-door and they will not be leaving any hand-delivered papers or brochures on your doorstep,” Mr. Higgs said.

Liberal Leader Kevin Vickers, the former Canadian ambassador to Ireland and sergeant-at-arms of the House of Commons of Canada, said calling an election during a pandemic was a power grab that needlessly endangers voters.

“New Brunswickers are in an election they do not need or want,” he said. “The Premier of New Brunswick chose political opportunism instead of the health and safety of our citizens.”

The election will also be Mr. Vickers’s first big test, with a narrow path to victory that will require stealing back seats in the largely conservative south, while holding onto francophone support in the province’s northern regions.

The Liberal Leader seized on language divisions in the province – a well-worn critique of Mr. Higgs’s government among some French-speaking Acadians – as well as environmental concerns and persistent economic challenges in rural areas in his pitch to voters.

“The vast majority of people don’t want to have an election in times of pandemic. People’s fears and concerns about the health of their families are very justified and legitimate and we understand them,” he said.

The Premier said the election timing makes sense because of a lull in cases that presents a window of opportunity. The opposition points out the 15 active cases in the province, including six added over the weekend, are the worst since an outbreak in June.

On the whole, however, New Brunswick has fared batter than most provinces when considering the human toll from COVID-19. It’s had 186 confirmed cases and two deaths since the pandemic began. Its economy has also been reopened for months – by the end of June, it boasted that more than 70 per cent of small businesses were up and running again, more than any other province.

Mr. Higgs is attempting to end the turnstile pattern of the premier’s office in his province, by doing something no New Brunswick premier has been able to do since Bernard Lord in 2003 – win a re-election bid. 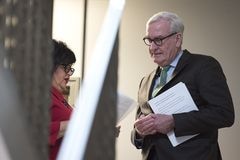 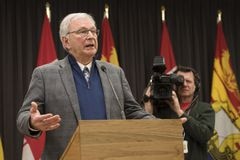