New Brunswick has moved a portion of the province into a lockdown, while increasing fines and surprise inspections of businesses, as its battle against a stubborn uptick in COVID-19 cases reaches a critical point.

The province reported 36 new cases on Sunday, the largest single-day increase since the pandemic began, and confirmed the virus has crept inside 14 schools and six daycares. That pushed the northwestern Edmundston region that borders Quebec into the highly restrictive “red alert” phase, shutting down churches, sporting events, gyms and hair salons, and moving all schools in that area to online learning.

The recent surge makes it 348 new cases since Jan. 1 for the province of 776,900 people – far more than neighbouring Nova Scotia, Prince Edward Island and Newfoundland and Labrador combined. But while there’s only one person hospitalized in New Brunswick with COVID-19, officials here have responded aggressively to keep the problem from getting out of control.

“We’ve seen in other jurisdictions what happens when a steady increase in active cases isn’t responded to quickly and decisively,” Premier Blaine Higgs said. “It’s extremely disappointing to be here today. The numbers are not where they need to be.”

The Premier warned that the province’s three largest cities – Moncton, Saint John and Fredericton – were on the cusp of being moved into “red alert” lockdowns if the cases don’t start declining. More than 2,000 people are in self-isolation across N.B. and there’s a very real concern that a rapid rise in cases, much like that seen in bordering communities in Maine and Quebec, could be coming, he said.

Until now, New Brunswick has been able to stamp out outbreaks as they occurred and enjoyed some of the lowest infection rates in the country. This latest surge is proving to be more difficult to stop – forcing the province to get tough on those who are flouting public-health rules, including new fines for people who mislead contact tracers.

New Brunswick, which already had a two-week self-isolation requirement for those entering the province, ramped up provincewide restrictions on Jan. 5, including reinstituting checkpoints at provincial boundaries and banning indoor gatherings with anyone outside of one’s household.

Mr. Higgs and Chief Medical Officer of Health Dr. Jennifer Russell expressed frustration those restrictions are not lowering the number of new cases. They blamed people who are refusing to self-isolate after travel for a large part of the problem, and warned a more severe lockdown could come if things don’t improve.

“The majority of these cases are travel-related, and they’ve transmitted to their household members as a result of not self-isolating properly,” Dr. Russell said. “The biggest problem we’re encountering is people not taking into account the major increase in risk that’s happened with these growing numbers.”

The province’s top doctor pleaded with people to limit trips outside their home and to avoid travelling to other parts of New Brunswick.

“We’re at a critical juncture right now,” Dr. Russell said. “We’re reminded how quickly the COVID-19 virus can spread, and how fast our situation can change. To bring this under control, we need every New Brunswicker to contribute.”

She criticized businesses that were not taking enough precautions. Provincial inspectors visited 172 stores and restaurants in the province last week and found 11 per cent of employees were not wearing masks. Two discount shops were forced to close and nine others received written warnings. The Premier warned that businesses can now face fines of $10,000 if they’re found without approved COVID-19 operating plans.

Anyone accused of lying or withholding information from public-health staff during contact-tracing calls, meanwhile, now faces a minimum fine of $292.50. The Premier said the fines were necessary because people weren’t being truthful about their interactions, at a time when COVID-19 is crippling everyday life in other parts of Canada.

Travel into New Brunswick has also been further restricted and limited only to people coming for work, medical or compassionate reasons that must be preapproved by Public Health. People hoping to visit their property or families in the province are no longer permitted.

While travel is a common denominator for many of the new cases, Mr. Higgs said other cases are coming from infected people who went to work sick or who are continuing to socialize. He mentioned a card game, birthday parties and family dinners that have all led to outbreaks.

“We’re seeing it all around us. We can either continue the great work that’s been going on for 10 months, or we can lose it all. We can lose it because of one more birthday party,” Mr. Higgs said.

New Brunswick is also beefing up enforcement of mandatory self-isolation requirements for those who are allowed to enter from other parts of Canada. Travellers who don’t respond to daily automated calls during their 14-day quarantine period will now be referred to the police.

Masks are required in all indoor public spaces and outdoors where physical distancing can’t be maintained in New Brunswick – including skiing and tobogganing hills. In schools, which have remained opened, students can only remove their masks when eating or in gym class.

The new restrictions aren’t without critics. Jessica Blakeney, a Riverview, N.B., mother who shares custody of four children with their father in Nova Scotia, said a requirement that her children undergo weekly COVID-19 tests to travel between the two provinces is unreasonable.

Her family already has to file a detailed travel plan with the government, she said, and takes precautions such as sanitizing hands and wearing masks when on the road. The rules for interprovincial travel seem to be constantly evolving and difficult to keep up with since Nova Scotia and New Brunswick reintroduced barriers to entry in late November.

“It’s ever-changing,” said Ms. Blakeney, a student at New Brunswick Community College. “I don’t want to put them through that test every week, where they have a swab shoved up their nose. There has to be a halfway point somewhere.” 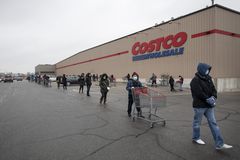 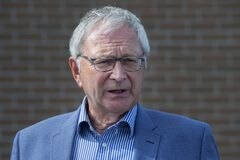 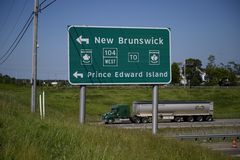