With the release of a new Canada’s Food Guide, Ottawa has dramatically overhauled the advice it gives to Canadians on how to eat, including an explicit endorsement of plant-based diets at the expense of meat and dairy.

The guide is one of the federal government’s most-requested publications, with its influence felt in doctor’s offices, school cafeterias, hospitals and home kitchens across the country. And for the past four decades, the guide has looked more or less the same, telling Canadians to eat a diet of specific servings from four food groups.

But the new guide unveiled on Tuesday – the first major update in more than 12 years – radically upends this formula. It no longer has separate “meat” and “dairy” categories – or four distinct food groups at all. Also gone are serving sizes and numbers. Instead, Health Canada has chosen a simpler approach: The new guide shows an image of a plate, half of it covered with fruits and vegetables. The other half is divided into whole grains and “proteins,” a new category that contains meat, dairy and plant-based foods such as chickpeas and tofu.

Among the proteins, the guide says, “consume plant-based more often."

This shift toward plant-based foods comes despite intense lobbying from the meat and dairy industries, Health Minister Ginette Petitpas Taylor said in an interview with The Globe and Mail on Tuesday.

“The only thing I can say is that these many groups have made their positions known, and it is their right to do so,” she said.

In the past, health advocates have said previous versions of the food guide showed the influence of powerful food lobbies, most notably those representing dairy, meat and juice. Health Canada’s attempts to insulate its officials this time did not stop industry groups from trying to shape the latest revision.

But such efforts appear to have failed. In addition to eliminating meat and dairy as food groups, the guide no longer advises people to drink juice as a source of fruit.

Ms. Petitpas Taylor said she met with a variety of groups before the release of the new guide – including the beef and dairy industries, which made clear their concerns that their products would lose their prominence in the revision. She also said these industry groups were given a preview of the guide.

“It was my role as Health Minister to meet with all stakeholders," she said. "But in no way did my meetings influence the individuals creating Canada’s Food Guide.”

The Health Canada officials who created the new guide – many of them nutrition experts and researchers – did not meet with lobby groups. “In no way did we want to see a perceived influence, nor did we want industry to decide what the final food guide would look like," she said.

The minister said she also met with representatives of the juice industry. Last year, The Globe reported on extensive efforts by beverage producers to press Health Canada to keep juice in the guide as a recommended source of fruit.

But not only does the new guide no longer contain no such recommendation, it warns about the sugar in juice.

Even so, a dairy industry group took issue on Tuesday with Health Canada’s science.

“Dairy Farmers of Canada remains concerned that the updated food guide does not reflect the most recent and mounting scientific evidence available,” its statement read.

DFC spokesperson Lucie Boileau said it lobbied and met with the Health Minister only because industry was “shut out” of Health Canada’s consultations. Health Canada did not meet directly with industry groups, although the department invited them to submit comments as part of a general public consultation.

“We have taken every opportunity afforded to us to present this data that speaks to the evidence-based research on the health benefits of dairy,” Ms. Boileau said, adding that such information “may not have been considered otherwise.”

Lee Finell, a manager of health education with the Dairy Farmers of Canada, emphasized that milk is a good source of nutrients, including calcium, magnesium, zinc and vitamin D. And while other products have some of these nutrients – such as calcium in tofu and leafy greens, for example – she said those foods sometimes contain less concentrated amounts.

“These are really important nutrients, and Canadians already aren’t getting enough of them,” she said.

“I think it’s a misinterpretation,” said Mary Ann Binnie, a nutrition consultant with the Canadian Meat Council. “They’re encouraging the plant-based protein, but not at the expense of meat."

In a statement, the council added that “all proteins aren’t created equal. Plant and animal proteins vary by the unique nutrient packages they offer and also by their calorie contribution.”

Health groups lined up to applaud the new guide.

Nathalie Savoie, chief executive of Dietitians of Canada, described the document as “bold and courageous.”

Yves Savoie, CEO of Heart and Stroke Foundation, said he hopes the new guide will go a long way toward addressing unhealthy eating, which is linked with cardiovascular disease, obesity and diabetes.

And a statement from Community Food Centres Canada applauded in particular the fact that this new guide appears unaffected by industry lobbying.

“CFCC applauds Health Canada for committing to a process free from food industry influence,” the group said in a statement – “and for putting public health ahead of industry profit.” 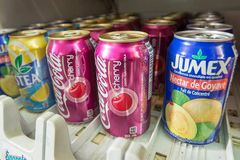