New federal legislation aimed at keeping the coming election campaign fair and free from foreign influence is a step in the right direction. But laws aimed at reining in social-media advertising miss the mark, says the British journalist who exposed Facebook’s role in the Brexit debacle.

Carole Cadwalladr, a journalist with The Guardian and The Observer, spoke to Vancouver’s TED conference on Monday and called Facebook’s role in the British referendum on leaving the European Union as a “crime scene” that has not been investigated fully. Without a proper understanding of how big data firms such as Facebook were used to manipulate the electorate, measures to prevent a repeat will not be effective, she said.

“Show me it works, because for everything they’ve come up with, there’s been a workaround,” she told The Globe and Mail after her talk, titled “Facebook’s role in Brexit and the threat to democracy.”

She called on the heads of Facebook, Twitter and Google to explain how their platforms were used to identify and target vulnerable voters with misinformation.

The Elections Modernization Act bars online platforms from knowingly accepting money from foreign advertisers. It requires such companies to keep a public registry of all political ads. Violations could bring fines or jail time.

Since then, Facebook has announced it will require anyone running political ads on its platforms in the months before a federal election to prove they are in Canada. Ads will be published in an ad library, and advertisers will have to reveal who paid for them.

Last month, Google said it would ban political ads during the election.

On Tuesday, Twitter chief executive officer Jack Dorsey spoke at the next session, but volunteered no further information, focusing instead on online harassment.

Ms. Cadwalladr said the problem is twofold. First, the public and governments truly don’t understand how Facebook and big data use people’s information to influence elections.

She explained there is no public record of ads during the Brexit campaign, whose data were used, who paid or their nationality.

“[But] Facebook has these answers and it has refused to give them to us,” she said, adding that Facebook CEO Mark Zuckerberg refused calls to answer questions at the Canadian and British parliaments.

“Every single time he’s refused, and you have to wonder why."

Secondly, she said, the goal isn’t always to sway a vote, but to sow division.

“It’s also just about creating instability, and it’s not even that [foreign interests] are backing one side or the other. It’s about turning the country on itself,” Ms. Cadwalladr told The Globe.

The firms used the information to target voters who could be swayed with ads specific to their fears. In Britain, it was often misinformation about Turkey joining the EU, sending a flood of “terrorists” to Britain; in the United States, it was memes of immigrants marching into the country.

A stroke of luck uncovered the scope of Canadian involvement.

"Cracking the Canadian mystery aspect of this story has been a really big part of it and understanding the relationship between Cambridge Analytica and Aggregate IQ," she said.

A Canadian reader of an early story about the scandal noticed that the phone number for AggregateIQ was listed on Cambridge Analytica’s website as the number for their Canadian branch.

At the time, AggregateIQ didn’t have a website, despite providing data analytics for four of the “leave” campaigns.

“That Canadian company was used to subvert our election [and] carry out massive electoral fraud in Britain. Canada is definitely involved in this,” she said.

Ms. Cadwalladr said she doesn’t believe Canada can have a totally free and fair election “as it stands.”

She said that the searchable archive model the legislation requires hasn’t been effective elsewhere.

She added that it’s difficult to determine what constitutes a political ad and where the money ultimately comes from, and foreign organizations could set up fronts in Canada to avoid the laws.

And so she believes Facebook should reveal the full extent of election meddling.

“And that is why I’m here to address you directly, the gods of Silicon Valley.”

Opinion
A storm of misinformation is coming. Our federal election could be at risk
April 16, 2019 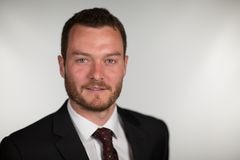 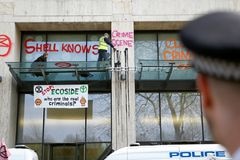