Margaret Loniewska doesn’t count days, if she can help it. She’s not wishing away time to get to a postpandemic world – even as a new mom in the middle of a lockdown. When you’re reminded, in the most terrible way, that your time is finite, you live for today and not later.

Loniewska, 41, learned she was going to be a mother for the first time just as she found out she had cancer. She found the lump high in her armpit, in July, 2019, while undergoing fertility treatments. A few weeks later, she and her husband, RJ Pauloski, learned that she was pregnant. She was only five weeks along when the biopsy delivered the news. The doctors said that cancer treatment could be managed around her pregnancy, so she had surgery to remove the tumour – a success, the doctors thought – and started chemotherapy. When her back was sore, everyone thought it was from being pregnant. But in October, immobilized by pain, an MRI found the true cause: The breast cancer had spread into her bones. It could not be cured, only contained for as long as possible.

During her pregnancy, she suffered five broken ribs, including one just from standing up, and seven compressed vertebrae – enough to take more than two inches from her original 5-foot-5 height. By Christmas, she was bedridden, trying not to take too many painkillers to try to protect the baby. On New Year’s Eve day 2020, nearly three months before the baby was due, she “sprung a leak” as she puts it, and a week later, Marianna Josephine Palouski was born, weighing just 700 grams, or 1.5 pounds. Marianna stayed in the hospital until March. Her parents brought her home just days before the pandemic restrictions would have closed the hospital to visitors. She weighed only five pounds, but was thriving. Even so, mostly to ease their own nerves, her parents continue to monitor her oxygen at night.

In a way, the lockdown has been useful – it limited visitors while Marianna gained weight and grew stronger. Loniewska also gained strength once her body could concentrate not on creating life but sustaining it. Still, she is acutely aware that her chance for all the adventures paused by the pandemic may be passing by. “I don’t have the time to make up a lot of these things.”

A former academic tutor with a PhD in pharmaceutical sciences, Loniewska went to therapy to help her prioritize what was important and not ruminate about what might not be. “I always hated wasting time and moments.” She currently sits on a metastatic cancer advisory board for Rethink Breast Cancer, a non-profit that advocates for young women with the disease.

She can recite the grim stats for metastatic cancer: a five-year survival rate of about 22 per cent to 28 per cent. “The only thing I can do is hope that I am that one in four,” Loniewska says. She tells herself that the data are old, not accounting for new treatment, and soaks up stories about women who defied the dispiriting odds. “I know that it is just a coping method but it makes me feel better.”

She is hoping for a procedure that will inject cement into her damaged vertebrae and relieve some of her pain. To hold back the cancer, she receives monthly chemotherapy and takes hormone-reducing mediation. Every four months she gets a scan and hopes for good news.

The pandemic has stolen time, but also slowed life down to its essentials: tracking Marianna’s new hand signals (one finger pointed up for the number one), listening for her first word (“Hi”). Loniewska gardens, tries to not sleep too much and makes Marianna giggle with off-key renditions of Disney songs. Every day, they have a virtual chat with Loniewska’s parents in Timmins, who have only been able to meet their granddaughter once, during a quick visit when COVID-19 cases were lower in September. Protecting her daughter from the stress around her, Loniewska says, “is my most important job.”

She is planning to write letters to Marianna, or make a video, to create a legacy for later. She’s not there yet: Doing so means acknowledging an ending she’s not ready to face. But then, she says, “nobody knows when they are going to die.” That’s the human condition, brought into stark relief by COVID-19. “Maybe, probably, I know what I am going to die of, but I don’t know how and I don’t know when.”

She takes hope from her daughter, who began life so vulnerable and, as of mid-June, was approaching a sturdy 20 pounds. That’s an example of resilience they can set for each other: “Yes, some hard things happened, but we made it to the other side.” Whatever happens next, their family will make it through that, too. And, “if we don’t – when we don’t – that is still okay.”

‘My hair is living its best life’: Pandemic hairstyles are all about keeping it free-spirited and fuss-free
May 22, 2021 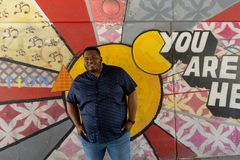 When it’s time to say goodbye-but-not-goodbye before a COVID-19 intubation
June 6, 2021 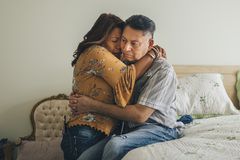