A new report summarizing the federal government’s sixth-month examination of a potential handgun ban provides little backing for the idea, instead underscoring the intractable nature of the debate over firearms regulations in Canada.

The 31-page document released on Thursday captures the government’s attempt to gauge the country’s appetite for a “full ban on handguns and assault weapons in Canada,” as directed in the Prime Minister’s mandate letter to Minister for Border Security and Organized Crime Reduction Bill Blair.

The goal of the report is to reflect the tone of public responses, and not to provide policy direction, but it does temper expectations for a prohibition from Page 1. “Overall, participants were strongly polarized on the issue of banning handguns and assault-style firearms,” states the first key finding in the report, prepared by the communications firm Hill + Knowlton Strategies.

But Mr. Blair, who crossed the country engaging a range of people from Olympic marksmen to gun-violence victims on the issue, warned against conflating the summary report with the government’s intentions. “I think it’s important to acknowledge there was a great diversity of opinion and disagreement on the issue," he told The Globe and Mail. "I would not encourage people to draw a conclusion from that about what then is the right thing to do.”

The consultation did find some common ground among the various groups engaged in the firearms debate, mainly around data collection, addressing poverty and other drivers of gun violence, cracking down on gun smugglers and boosting mental-health screening.

But over all, it suggests any government seeking to pursue a handgun ban in this country will endure a political backlash.

“The document clearly doesn’t state what the government will do on this issue,” said Blake Brown, author of Arming and Disarming: A History of Gun Control in Canada and history professor at St. Mary’s University. “But there are hints of what it will not do. The executive summary really indicates there is not strong support for a ban.”

The idea for an all-out ban came after a 29-year-old man opened fire along Toronto’s busy Danforth Avenue on July 22, 2018, killing two people and injuring 13 others.

In October, Mr. Blair launched a consultation effort on the idea that included eight closed-door round tables with key stakeholders across the country, a call-out for written submissions, bilateral meetings and an online questionnaire.

The online component took in the greatest volume of responses, with almost 135,000 questionnaires completed. But the open nature of the survey invited digital trickery, with one firearms enthusiast telling The Globe last month that he sent upward of 25,000 submissions using an automation app as way of thwarting what he felt were biased questions.

The lack of harmony on the notion of a ban is unsurprising given the list of invitees to the roundtable sessions. They included a broad range of groups representing gun enthusiasts, such as the Ontario Federation of Anglers and Hunters, Canadian Coalition for Firearms Rights and Lower Canada Arms Collectors Association. Their views were countered by representatives from PolySeSouvient, Coalition for Gun Control and an array of groups calling for tighter regulations on firearms.

On the anti-ban side of the debate, shooting clubs, retailers, wildlife clubs and most academics said a ban isn’t supported by data and would do little to stop criminals from getting firearms while punishing lawful gun-owners who own handguns and military-style rifles for target shooting.

Those who supported a ban included some health groups, victim-oriented organizations and women-focused organizations. They argued a ban would reduce harm and help address gang violence. Other written submissions, of which there were around 1,200, stated that the limited recreational benefit of handguns and assault-style firearms don’t justify the greater risk they pose to public safety.

There was general agreement that the government needs to address the root causes of firearm violence, namely poverty, lack of education, unemployment, lack of mental-health support and social exclusion.

The report came out the same day Liberal MP Julie Dzerowicz tabled a petition calling for a ban on handguns and “military assault weapons” signed by 20,000 people.

“We’ve seen time and time again the enormous damage of these weapons, taking lives, leaving grieving families and a shocked city behind to make sense of these tragedies,” she said. "It’s time for action and it’s time to limit the easy access of handguns and assault weapons.” 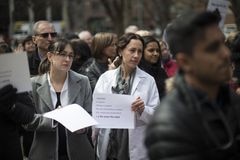 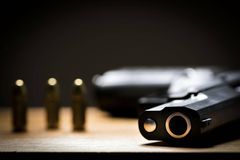 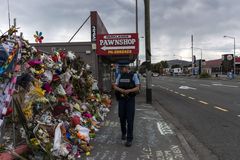