Ottawa is set to unveil the outcome of a high-stakes talent search aimed at luring top researchers from around the world to Canadian universities. And, unlike previous rounds of the Canada Excellence Research Chairs program, the results show that requirements aimed at improving gender equity in the recruitment process are having an impact.

Of the eight new chairholders to be announced on Wednesday, five are female academics who are leaving their faculty positions in Europe and the United States to come to Canada. Each chair is tied to $10-million in federal funding to be directed toward building a research powerhouse at a Canadian institution already known for it strengths in areas related to the chairholder’s field of expertise.

Two of the eight are heading for the University of British Columbia while the rest are connected to other universities across Canada. Collectively, the new chairholders represent a diverse range of specialties including cancer-drug design, robotics and sustainable forest products.

But, in contrast to the program’s history, it’s the gender balance of the chairs that will likely be top of mind when federal Science Minister Kirsty Duncan announces their names at a media event in Toronto.

“To see [five women nominees] is absolutely thrilling on top of the incredible talent that is coming to Canada,” the minster told The Globe and Mail.

Launched by the Harper government in 2008, the excellence research chairs were touted as a way for Canada to keep up in a competitive race for global talent in areas of science and technology that Ottawa deemed strategically important for economic reasons. At the time, the program drew criticism from some in the research community for concentrating resources around a small number of elite science “superstars,” a matter of continuing debate for a country with a limited research budget.

Criticism persisted when the first 19 chairs were announced in 2010 and all were men. After another round, the number grew to 28 with only two female chairs named, one of whom left Canada after one year and returned to her home institution in the United States.

Although the Trudeau government ultimately decided to continue the program, in 2016, Ms. Duncan called the under-representation of women in the program “unacceptable.” She said the next round would include new guidelines that universities would have to meet in order to obtain a green light to seek one of the coveted chairs.

“We didn’t force anything, we simply introduced requirements,” said Dominique Bérubé, vice-president of research programs at the Social Sciences and Humanities Research Council, the funding agency that administers the chairs. The changes included a review of applications that was built into the process to ensure that universities vying for the chairs were following best practices with respect to equity, diversity and inclusion.

Other changes include a broadening of the strategic priorities that the chairs are meant to address. This time, for example, one of the chairs, based at Ryerson University in Toronto, is focused on the study of human migration and on the integration of migrant communities.

“Canada has a long history of immigration and has grappled with many of the complexities that, in a way, European countries have not yet come to terms with," said Anna Triandafyllidou, a professor at the European University Institute in Florence, Italy, who will take up the new chair in the fall.

Dorthe Dahl-Jensen, who specializes in the interaction of ice and climate, has already moved from the Niels Bohr Institute in Copenhagen to take up her new chair at the University of Manitoba. She said her research agenda will include studying melting glaciers in the Canadian Arctic and elsewhere to better predict the timing and severity of sea-level rise around the world.

She said that her previous experience in Greenland had well-equipped her for her first winter in Winnipeg.

Not all scientists are as intrepid or as interested in moving to Canada, even with a $10-million research chair to sweeten the deal. The government originally approved 11 proposals for the current round of chairs but so far only eight of those have led to the hiring of a candidate. 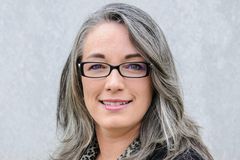 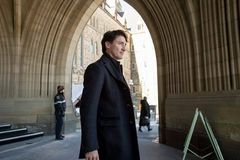 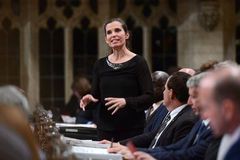