For cardiologists, it has long been an unresolved question: If patients survive a full-blown heart attack, should they be brought back for another procedure to clear other partially blocked arteries or sent home with medicine?

The answer, according to a major new international study led by Hamilton’s McMaster University, is that pro-actively unclogging arteries that have yet to cause a heart attack is significantly better at preventing deaths and future heart attacks than medication alone.

The findings, published Sunday in The New England Journal of Medicine, are expected to change the way doctors around the world treat heart attack survivors.

“I think this will be a landmark trial for the next 20 years because the whole concept of revascularization – of not leaving any blockages behind – has been proven in this study,” said Shamir Mehta, director of interventional cardiology at Hamilton Health Sciences and lead researcher on the new study.

Heart disease is the second-leading cause of death in Canada, and adults who have had a heart attack have a death rate four times higher than those who haven’t, according Heart & Stroke.

The study involved 4,041 patients in 31 countries who arrived at hospital with acute heart attacks caused by the complete blockage of one of their arteries between February, 2013, and March, 2017.

In that circumstance, patients are usually rushed to a cardiac catheterization lab, where cardiologists thread a thin tube through the blocked artery, open it up, and install a stent to keep the newly cleared passageway open.

In the course of performing that emergency procedure, cardiologists often discover other partially blocked arteries.

The trial, known as COMPLETE, randomly assigned heart attack survivors who had at least a 70-per-cent blockage in one or more of their arteries to either return to the catheterization lab within 45 days for more stents, or head home with prescriptions for baby Aspirin, blood thinners, beta blockers and other medications to keep their heart disease at bay.

After a median follow-up of three years, the researchers found that 158 of the 2,016 patients who received stents – or 7.8 per cent of that group – had died or had another heart attack, a significantly better outcome than the medication-only cohort.

“It was a 26-per-cent relative risk reduction and the result was clear,” Dr. Mehta said. “It wasn’t a borderline or maybe-type result.”

Ajay Kirtane, the director of the cardiac catheterization labs at New York-Presbyterian Hospital and Columbia University Irving Medical Center, said that smaller studies in the past have hinted at the benefits of pro-active stents outweighing the risks of performing another surgery – even a minimally invasive one – on survivors of recent major heart attacks.

But those studies tended to look at end points that weren’t as clear and simple to evaluate, he said.

“That’s what’s so unique about this study,” said Dr. Kirtane, who was not involved in the COMPLETE trial. “Let’s just look at heart attacks and deaths. Could they be lowered by a strategy of treating those other blocked arteries? They showed that indeed it could.”

The study’s findings have provided some peace of mind to Leslie Carey, a 58-year-old administrator for the Royal Vancouver Yacht Club who enrolled in the study after experiencing a major heart attack in 2015.

Mr. Carey was riding the bus to work when he began to feel ill; he broke out in a sweat and felt a sharp pain in his chest spread to his back and arms.

He got off the bus, called 9-1-1 from a Safeway parking lot, and was whisked by ambulance to the catheterization lab at Vancouver General Hospital, one of the sites of the COMPLETE trial.

After the medical team saved his life, Mr. Carey accepted a spot in the study and returned to the catheterization lab the next day to have two more stents installed.

“I do believe that a heart attack plays on your mind,” Mr. Carey said. “Knowing that the stents are in, you can actually think of a better future.”

David Wood, director of the cardiac catheterization lab at Vancouver General and another author of the new study, said he expected the findings to spur a sea change, especially among cardiologists who have taken a “less-is-more” approach to treating survivors of full-blown heart attacks.

“You can now confidently tell that patient, ‘Look, I can either do [the stenting procedure] the next day, or within the first 45 days, and I am going to decrease the chance that you are going to die or have a recurrent heart attack.'” 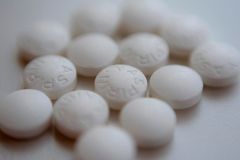 New deals for drugs: No heart attack or your money back
May 3, 2017
FDA bolsters warnings about heart attack, stroke on Advil, Aleve and similar pain drugs
July 9, 2015
Follow Kelly Grant on Twitter @kellygrant1
Report an error Editorial code of conduct
Due to technical reasons, we have temporarily removed commenting from our articles. We hope to have this fixed soon. Thank you for your patience. If you are looking to give feedback on our new site, please send it along to feedback@globeandmail.com. If you want to write a letter to the editor, please forward to letters@globeandmail.com.
Comments