Wency LeungHealth Reporter
Published May 19, 2021 Updated May 19, 2021
Comments
Text Size
Please log in to listen to this story. Also available in French and Mandarin. Log In Create Free Account

In late 2019, David Onley, the former lieutenant-governor of Ontario, was sent straight to the emergency department after a brain scan revealed he had a tumour the size of an orange at the front of his brain.

After undergoing surgery to remove it, Mr. Onley, 70, has been participating in a study of a new technology that delivers targeted radiation therapy, guided by magnetic resonance imaging (MRI). With it, his care team at Toronto’s Sunnybrook Health Sciences Centre is able to constantly monitor and precisely radiate affected brain tissue.

“To actually have a daily picture of the process that’s going on in your brain and the condition of your brain, and then to have immediate treatment for it, is just slightly breathtaking,” Mr. Onley says.

His is among more than 150 brain tumours Sunnybrook doctors have treated since 2019 using the technology they’re contributing to developing, called the MR-Linac. To date, few centres around the world (including two in Canada), use the machine, which combines radiation and high-resolution MRI in one device. But doctors say it has the potential to be a game-changer for the treatment of various cancers, from brain cancers to pancreatic, liver and prostate cancers.

Typically, an oncology team treating brain tumours would perform an MRI at the start of radiation therapy and again about three months later, explains Arjun Sahgal, radiation oncologist and scientist at Sunnybrook’s Odette Cancer Centre. The machine, however, allows doctors to look at a tumour daily while a patient is undergoing treatment, and adjust where to direct the radiation accordingly – a paradigm shift in radiation oncology called adaptive radiotherapy, he adds.

Dr. Sahgal says the technology allows him and his team to see any swelling of the brain tissue – one of the main side effects of radiation – and manage it with medication before patients experience symptoms, such as headache, nausea and vomiting. And because the method allows the care team to radiate less healthy tissue, they hope to minimize other side effects such as short-term memory difficulties and other neurocognitive problems, he says.

With the machine, ”our eyes are now open,” says Mikki Campbell, radiation therapist and manager of strategic initiatives at Sunnybrook. Patients and their care team are now able to have conversations about the changes they’re seeing, how the treatment is progressing and whether to start or stop medications during active treatment, rather than after treatment is finished, she says. While the team is still gathering data as part of an international study, those treated so far have had a positive experience overall, she adds.

At Toronto’s Princess Margaret Cancer Centre, doctors have been using the MR-Linac to treat cancers of the liver, pancreas and prostate.

Most of the hospital’s treatment machines have built-in computerized tomography (CT) scans that perform imaging prior to radiation. But the introduction of a machine that uses high-resolution MRI allows doctors to see much more detail and respond almost in real time, says Michael Milosevic, director of research in the radiation medicine program at Princess Margaret.

This is particularly important when it comes to treating tumours that are hard to see on CT scans and that move around a lot, Dr. Milosevic says, pointing out that organs such as the liver move even as one breathes.

“If you don’t have the ability to track that kind of motion during treatment, it’s hard to target it very precisely,” he says.

Dr. Milosevic says he doesn’t think this technology is necessary for every kind of tumour. For those that are relatively fixed and immobile, it may be quicker and easier to treat them using a conventional machine, he notes.

“But there will be certain circumstances, I think, where this can end up being kind of a game-changer for patients, just because of the ability to visualize the tumour and then adapt the treatment each day to the size and shape and position,” he says.

Back at Sunnybrook, the tumour removed from Mr. Onley’s brain was a meningioma, which is benign but can grow aggressively, Dr. Sahgal says. Mr. Onley is now about halfway through his radiation therapy, with three more weeks to go, and is tolerating the treatment “beautifully,” he says.

Mr. Onley hopes this new technology will one day be available across the country. The potential for saving and improving lives is enormous, he says. 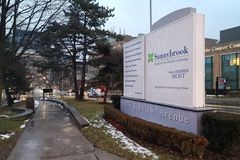 SickKids surgeons give baby another shot at life after removing massive tumour
April 23, 2021 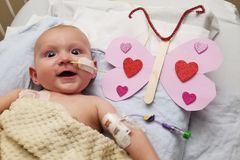 How to help guard against colorectal cancer
Subscriber content
February 22, 2021 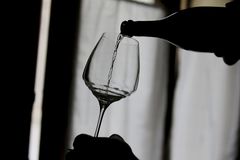