Newfoundland and Labrador Premier Andrew Furey now has the majority government he says he needs to tackle the worst fiscal crisis his province has seen since it faced bankruptcy in the 1930s.

But the troubled, prolonged provincial campaign that gave him that mandate also created another crisis – this one on democratic legitimacy – that raises questions about whether voters’ rights were met in the unprecedented election.

Mr. Furey’s Liberal victory, winning 22 of the legislature’s 40 seats, came after a COVID-19 outbreak forced the cancellation of in-person voting and plunged voter turnout to 48 per cent, the lowest ever recorded in a Canadian provincial election. While official results will be confirmed Tuesday, some are already demanding the chief electoral officer step down and calling for changes to the province’s Elections Act.

“In this case, low turnout wasn’t just about low citizen engagement. It has something to do with how badly this election was managed,” said Dr. Russell Williams, a political science professor at Memorial University in St. John’s.

“We should always be concerned when we don’t follow the rules of our elections and citizens don’t get to vote. This really erodes the legitimacy that elections generate.”

Newfoundland and Labrador was the fourth province to hold an election during the pandemic, and what unfolded was a worst-case scenario. An outbreak of a coronavirus variant on the Avalon Peninsula repeatedly postponed the Feb. 13 vote, and fuelled criticism of Mr. Furey’s decision to call an election when he was leading in the polls but before widespread COVID-19 vaccination.

Mr. Furey, an orthopedic surgeon who was chosen as Liberal leader in August, had a year to call the election. In January, his party’s support was around 65 per cent and he looked poised for a landslide victory. But the election chaos hurt his popularity, while a problem-plagued introduction of mail-in ballots has pushed demands for electoral reform.

Some of those questions are loudest in Labrador, where some voters say they never received ballots and voter turnout dropped an average of 18 per cent from 2019. In the Torngat Mountains district, home to fly-in Indigenous communities along Labrador’s north coast, only 22 per cent of eligible voters ended up casting a ballot, down from about 50 per cent in the 2019 election.

Both the NDP and the Progressive Conservatives told Elections NL they were concerned voters in the region wouldn’t get ballots in by the deadline because of slow, weather-dependent mail services.

“You could argue there were a lot of people who just didn’t get the opportunity to vote,” said Kelly Blidook, a political scientist at Memorial. “In terms of democratic legitimacy, when you’ve got a turnout of less than half the province, that’s a problem.”

It appeared at times that election officials were making the rules up as they went along, Dr. Williams said. By allowing mail-in ballots only, which has never been done before, there are people who were simply unable to vote, or were discouraged from voting by the registration process, he said.

Mr. Furey, while insisting the vote was legitimate, has promised a review of the tumultuous election, and says changes to Newfoundland and Labrador’s electoral system are coming.

“We’re certainly going to review what happened in this election, we’ve said that, and we’ll have a look at what was done well, what was done poorly, how we can improve for the future and … modernize the Elections Act moving forward,” Mr. Furey told reporters on Saturday.

Mr. Furey needs to deal with questions about the election before he proceeds with his plans to tackle the government’s significant fiscal issues, Dr. Blidook said. Otherwise, there’s a risk it could consume the political agenda.

“If you have a fully poisonous legislature in which the governing party thinks the election was legitimate and all the other parties are convinced it wasn’t, that’s a huge problem for everybody,” Dr. Blidook said.

While there was speculation about possible legal challenges to the election, it’s unclear who would be willing to take on that effort and expense, Dr. Blidook said. Both PC Leader Ches Crosbie and NDP Leader Alison Coffin lost their seats, although Ms. Coffin is asking for a recount after being beaten by just 53 votes in St. John’s East-Quidi Vidi.

Mr. Furey may also have a harder time now getting support for some of the more difficult austerity plans needed to help fix the province’s books, Dr. Williams said. Even before the pandemic, Newfoundland was crippled by public debt and on the brink of insolvency.

“The problem is there’s already a majority of the province who are mad about the election, as he starts rolling out budget cuts, tax increases and all the other things,” he said. “They’re going to say, you don’t have any credibility to do these things.” 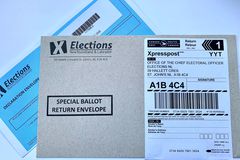 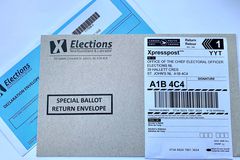