The payoff here for withstanding a harsh winter tailed by months of skin-grating winds is not patio weather, double-digit temperatures or even a reprieve from frosty conditions.

It is instead the mass arrival of hundreds of glacial giants. An unusually high volume of hulking icebergs has crowded into just about every craggy seaside cove in Newfoundland this month, mesmerizing tourists and locals alike with their aquamarine cores and prompting ice forecasters to declare 2019 an “extreme season” for icebergs.

So far, more than 1,300 have been sighted below the latitude of 49 degrees north, the point just above the Avalon Peninsula where transatlantic shipping lanes are closely monitored for ice danger. On average, 583 icebergs drift south of this latitude by the end of May, according to the North American Ice Service, a Canada-U.S. partnership.

This year’s “extreme” status means the number of icebergs drifting south of there ranks in the top 10 per cent of all the years tracked, said senior ice forecaster Doug Leonard with the Meteorological Service of Canada. The top year for icebergs on record was 1984, when 2,202 were spotted, he said.

“We’ve had years where we’ve had more icebergs than this. [But] you can’t always see them,” he said, adding: “This year, they’re all pushed up against the shore.”

Unique to the present crush of icebergs is the fact that they are so visible from homes and highways, which have been clogged for weeks with cars vying for shoulder space so passengers can scramble out for a view and some pictures. While some folks have attributed the number of visible icebergs to climate change – including federal Environment Minister Catherine McKenna during a visit to St. John’s last week – the actual drivers of this year’s staggering views, Mr. Leonard said, are persistent east and northeast onshore winds that have been blowing the ice masses toward shore since sometime in April.

Stephen Bruneau, the author of Icebergs of Newfoundland and Labrador and an associate professor in the faculty of engineering at Memorial University of Newfoundland in St. John’s, agrees.

“We owe the population on the shoreline to the miserable weather,” said Prof. Bruneau. He pointed out that the majority of icebergs that drift past St. John’s each year are not usually visible from shore. This year, the winds changed quite literally.

“Just at the sweet spot in time when icebergs are travelling south, we have had this miserable wind. All the prominent points up and down the coast of Newfoundland are sprinkled with icebergs,” he said, adding: “There’s nowhere else in the world that is this far from the poles and gets these great, Arctic blocks of ice floating about. It’s an amazing thing.”

For tour operators, the extreme conditions have been a welcome boon.

Captain Barry Rogers runs Iceberg Quest Ocean Tours out of Twillingate, N.L., and began filling his boats on May 1 with tourists and locals eager to get up close to the icebergs. He has been just as eager himself to get out on the water.

“I’ve known icebergs all my life,” said Capt. Rogers, who grew up in the outport. “They’re majestic anyway. Every time you make a trip out, these icebergs are changing. Hundreds of tons of ice is falling off. The contours change, you see different angles.”

The icebergs, most of which calve from the western side of Greenland, also demand respect.

“You don’t want to get behind these beasts,” Capt. Rogers said. “A New York second and it could collapse. Then you’ve got yourself into a hell of a pickle. You have got to use common sense working around ice.”

Mr. Leonard, the meteorologist, said the current season will likely reach its peak this week. He said it is unlikely this year’s number will outpace the record count from 1984. Still, the icebergs are likely to continue drifting through July and maybe even into August.

“The best time to see them though is now,” Mr. Leonard said.

For Prof. Bruneau, his interest in icebergs began during childhood when his father mounted the first iceberg-towing expedition off Newfoundland, to develop man-made technology to move the floating masses. Seeing the Avalon so studded with gleaming icebergs is still a balm, he said.

“It’s the reward for putting up with northeast wind all year.”

Getting to know the real Newfoundland and Labrador
July 8, 2019 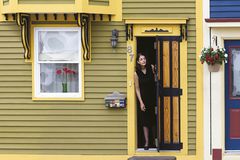 Patience is key to a resurrection of the cod-forsaken East Coast fishery, study says
Subscriber content
May 24, 2019 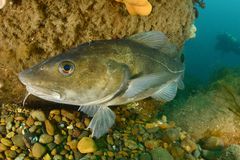