Health Canada is facing legal pressure aimed at speeding up its pending ban on chlorpyrifos, a commonly used agricultural insecticide that scientists believe poses a health threat similar to toxic substances such as lead and tobacco.

The federal health regulator announced a three-year phase-out of most agricultural uses of chlorpyrifos in 2020, and in May expanded the phase-out to include all uses of the chemical. Chlorpyrifos was registered for use on foods such as strawberries, grains and vegetables.

Safe Food Matters and Prevent Cancer Now, two non-governmental organizations, jointly filed last month an application for judicial review in Federal Court, in which they seek to expedite the ban.

“The world knows this stuff is dangerous. And they’re letting it stay in our environment for another three years,” said Mary Lou McDonald, president of Safe Food Matters.

A number of studies have linked chlorpyrifos to brain-damage-induced learning disabilities, autism, Parkinson’s disease, immune malfunction and cancers such as leukemia and lymphoma.

The two groups are asking the court to find the three-year phase-out timeline unlawful. They argue Health Canada’s Pest Management Regulatory Agency (PMRA), which determined the phase-out schedule, erred by not analyzing the latest health data before deciding not to immediately ban chlorpyrifos. The organizations will present their arguments in the fall, and a full hearing is slated for early next year.

Ms. McDonald said PMRA is underresourced and as a result relies heavily on industry studies, the validity of which have been questioned by independent researchers.

The agency added it does not consider the risks posed by chlorpyrifos to be “imminent and serious,” and that three-year phase-outs are standard in such cases. According to the regulator’s published guidelines, it decides whether a chemical’s risks are imminent and serious by weighing factors such as the potential magnitude of harm, the likelihood of harm and whether or not the general public is exposed to the substance.

Other jurisdictions have moved more quickly to ban chlorpyrifos. The European Union phased out the chemical over a few months in 2019. The U.S. Environmental Protection Agency banned it in 2016 – a move that the agency reversed soon afterward, amid a wave of deregulation following the election of Donald Trump. Last April, a federal court of appeal ordered a restoration of the ban and gave the EPA 60 days to plan a phase-out.

The EU also applied late last year to classify chlorpyrifos as a persistent organic pollutant under the Stockholm Convention. Chemicals designated as POPs share a few traits: serious health and environmental effects; the ability to spread far beyond the sites where they were originally used; and the ability to persist for long periods of time in water supplies, food chains and human bodies.

Chlorpyrifos, sold under trade names including Dursban and Lorsban, is widely used in Canada. It has been on the market since 1965. Beyond agriculture, it is used for golf-club lawn care and wood treatment.

The chemical was formerly used in homes as an insecticide, but Health Canada ended retail sales of most of those domestic products in 2001. In 2007, the agency introduced new engineering requirements to minimize the environmental effects of outdoor uses of chlorpyrifos, but it made no further regulatory assessments until 2019.

Researchers believe chlorpyrifos is able to evaporate and then be carried through the air and deposited over long distances. Scientists have detected it in sea otters in the Arctic, far from anywhere it might have been used.

Advocacy groups and researchers have sought a complete ban on the chemical for more than a decade. The three-year delay is unfortunate given the proven negative health effects, said Margaret Sanborn, a physician and environmental health researcher who worked to ban residential uses of chlorpyrifos.

Advocates of a speedy ban say children are most at risk. “The overwhelmingly serious adverse impacts to pregnant women and children just can’t be ignored,” said Daniel Cheater, a lawyer at Ecojustice, an environmental law charity that is representing Safe Food Matters and Prevent Cancer Now in court.

This is not the first time the PMRA, which is responsible for pesticide regulation under the Pest Control Products Act, has found itself under scrutiny for delayed action on chlorpyrifos. Health Canada’s ban on residential use of chlorpyrifos in 2001 came after an 18-month phase-out, despite calls by scientists and advocates for faster and broader restrictions. 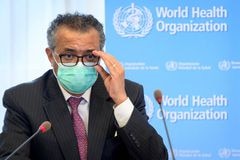 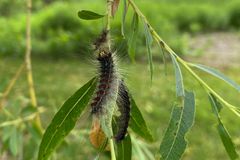