Newfoundland and Labrador aims to shape up physically and fiscally with a Throne Speech that opposition critics swiftly dismissed as a “stay-the-course” political shrug.

The province eclipses others across Canada for health care spending as it faces higher than average chronic disease indicators, mounting debt and an aging population.

The Throne Speech read Tuesday by Lt.-Gov. Frank Fagan charts a course for almost the next two years until the next provincial election in 2019. It includes a new modernized public health act to lower obesity rates and medical expenses.

It also commits to better supports for victims of family violence, Indigenous reconciliation and efforts to attract and retain immigrants.

But the speech puts any big spending plans into dismal financial context.

“Quite simply, we must continue to do better with less and build on the work that we have undertaken over the past two years,” Fagan read.

“The challenges are real and we must make every fiscal decision by balancing the provision of critical programs, services and infrastructure that our residents need and deserve with the requirement to eliminate our deficits, return to surplus and pay down our debt.”

The province of about 529,000 people is now expecting a deficit of $852-million this fiscal year, up from $778-million predicted in last April’s budget. A fall fiscal update indicated net debt is approaching a historic high of almost $14.7 billion.

The next budget is March 27.

Finance Minister Tom Osborne has said the increased shortfall is largely due to lower offshore oil royalties. By last fall they had dropped $147-million from budget projections thanks to deflated prices and higher exchange rates. Recently higher values for Brent crude oil are expected to slightly brighten a bleak fiscal outlook.

“Increasing the province’s population through immigration not only benefits us economically, but also strengthens us socially and culturally,” Fagan read.

The speech also says the governing Liberals will review the province’s environmental assessment process to offer certainty for industry while also protecting the environment.

The province wants to accelerate offshore oil production to fill what it says will be ongoing demand for fossil fuels as the renewable energy sector grows.

“The most significant story in our province right now is a story of loss,” he said in the legislature. “We’ve lost hope that there’s a plan for better things to come.”

Interim NDP Leader Lorraine Michael called it a disappointing “stay-the-course” speech. She especially seized on the notion that Newfoundland and Labrador must continue to do better with less.

“I just find that, Mr. Speaker, such a weak, defeatist attitude,” she said.

Premier Dwight Ball lashed back, accusing his rivals of exaggerated “doom and gloom.”

Ball said the Tory government mismanaged the province’s sudden wealth from an offshore oil boom that lasted most of a decade before prices slid in 2014, leaving its finances in shambles. Expenses still haven’t been brought in line with lower revenues, however.

A Conference Board of Canada economist recently described overspending in the province as “a ticking time bomb.” 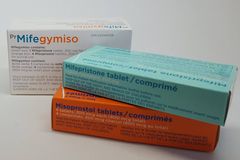