Indigenous people voice more support than non-Indigenous Canadians for a range of ideas associated with reconciliation, including providing clean drinking water on reserves and requiring material in curriculums on the history of residential schools, a new survey from the Environics Institute has found.

Although a majority of Canadians expressed some support for policies aimed at improving the lives of First Nations, Métis, and Inuit people, the gap in support between Indigenous and non-Indigenous people remains stark.

For example, while 56 per cent of Indigenous people strongly support giving money for the preservation of their languages, just 26 per cent of non-Indigenous Canadians said the same.

Pam Palmater, a Mi’kmaw lawyer and chair in Indigenous Governance at Ryerson University, said that the disparity can partly be explained by the failure of Canadian leaders and educators to inform the public about Indigenous history and rights.

“All levels of government need to put time, energy and resources into massive public education,” she said. “And they’re failing.”

The findings comprise the last of three reports from a sprawling survey on attitudes toward Confederation from the Environics Institute, a public research non-profit, and a group of think tanks including the Canada West Foundation and the Institute for Research on Public Policy. It comes amidst an election campaign that has seen sharp disagreements among the major parties over federal policy toward Indigenous communities on issues ranging from pipelines to child welfare.

The report surveyed 5,732 people in Canada, including 645 who identify as Indigenous, about issues such as consultation over resource development and equal education funding. It found that non-Indigenous support for reconciliation may have declined since a similar survey by the Environics Institute in 2016.

That year, 87 per cent of non-Indigenous Canadians supported mandatory material in school curriculums about the history of Indian Residential Schools, a figure that dropped to 66 per cent in 2019. There was a similar 20-point decline in the proportion of non-Indigenous people who felt individuals have a role to play in reconciliation.

Andrew Parkin, executive director of the Environics Institute, cautioned that a change in methodology from phone polling to online surveys could account for some or all of the change, since respondents are likelier to answer “Don’t know” or “It depends” online if given the option.

He also cited research that shows Canadians are likelier to express negative attitudes about minority groups in online surveys, compared to phone polls, because such opinions are seen as less “socially desirable.” That effect, rather than any real change in opinion, may have contributed to the decline in support for policies that help Indigenous people, such as funding for housing and schools.

Mr. Parkin argued there was good news in the survey, particularly the finding that a majority of non-Indigenous Canadians back a range of steps to address reconciliation. Eighty per cent said they were strongly or somewhat in favour of increasing funding for Indigenous schools and 83 per cent said the same about clean drinking water and adequate housing.

Canadians are “neither shutting their eyes, nor turning their back,” he said. “There is a lot that we can find encouraging here.”

Respondents in the Territories seemed to suggest a way forward for the rest of Canada, Mr. Parkin noted, with a higher share of respondents in the North saying they supported Indigenous self-government, believed individuals had a role to play in reconciliation and thought Indigenous communities were entitled to a fair share of royalties from resource development on their traditional territories.

Those in the Prairies, meanwhile, were most likely to reject claims for assistance from Indigenous communities. Forty per cent of non-Indigenous respondents in the region said Indigenous people were the biggest obstacle to their own economic and social equality. Alberta and Saskatchewan registered the highest level of support for proceeding with resource development on Indigenous territory without consent.

Ginger Gosnell-Myers, a public-policy expert of Nisga’a and Kwakwaka’wakw heritage who consulted with the Environics Institute on the survey, said that despite some of its bracing findings, she found hope in the report’s overall message.

She was project manager for the institute’s 2010 Urban Aboriginal Peoples Study and believes the country has come a long way since then.

“I feel like Canadians are becoming more informed on Indigenous people’s rights and the experiences Indigenous peoples have,” she said. “That’s a far cry from 2010, when we found Canadians were uninformed and unaware about things like ‘Did residential schools even exist.’”

“We’ll never be at that state where these things can just be ignored,” she said. “That’s why I’m hopeful.” 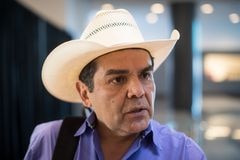 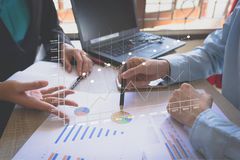 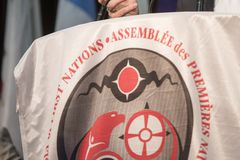