Winter still lingers over the Northern Ontario community of Kashechewan. But soon, the frozen Albany River will begin to break up and threaten to flood the First Nation, as it does nearly every year.

Normally, the community’s 2,500 residents escape to cities such as Thunder Bay or Timmins until the flooding subsides. This year, many are heading out onto the land to camp because they don’t want to risk getting the novel coronavirus. No one from the community has tested positive for COVID-19.

Preparing to do so amid two recent blizzards has been a huge undertaking. It means loading up on food, gas, tents, lanterns, wood and chainsaws. Nearly 800 community members have left while another 125 are waiting to head out. They expect to depart Kashechewan in the coming days.

The members who remain – including elders, children and those with chronic illnesses – are waiting for instructions. Plans to move them are in flux because many Northern Ontario communities are declining to take in evacuees because of the pandemic.

Chief Leo Friday is in talks with Indigenous Services Canada (ISC) and Emergency Management Ontario about how to deal with the situation should his community flood this month.

“We’ve been very busy. It’s very challenging this year in terms of the virus. We’re having a difficult time to decide what to do at the moment,” said Mr. Friday, who worries about the 85 members who are hesitant to head out to the land. (The community’s other residents are already in cities or towns.)

Kashechewan is not alone. Many remote First Nations in the province are drawing up plans on the fly to deal with the global pandemic. The challenges confronting Indigenous communities are myriad, from concerns about evacuation and COVID-19 to strains on food supply and limited access to personal protective equipment (PPE) and health care.

Charlie Angus, the NDP MP for the Timmins-James Bay area, said many chiefs are stuck between a rock and a hard place as the pandemic brings long-standing inequities to the forefront.

“Since 2005, we’ve had signed agreements in place to move [Kashechewan] to Site 5, 20 miles up, to higher ground, and the government walks away, stalls, or says next year, next year. This should be the year we actually address this.” Site 5 is a region north of the community where the First Nation has been scheduled to move because of constant flooding.

A spokesperson for ISC said the department’s emergency management team is in regular contact with Kashechewan "to discuss and prepare contingency plans for any evacuation of remaining community members in the event of flooding.”

After flooding will come the threat of wildfires, which led to the evacuation of Keewaywin and Pikangikum First Nations last summer. For now, remote communities won’t have the option to evacuate to cities such as Thunder Bay, the largest in Northwestern Ontario.

Thunder Bay Mayor Bill Mauro said the city is already “so overwhelmed when it comes to the capacity and the ability to provide our emergency services – paramedics, police and fire” that it has to shut its doors to all potential evacuees.

Top of mind for First Nation communities is keeping the virus out or containing its spread once in. That is the challenge that Eabametoong First Nation, an isolated reserve of about 1,600 members, is facing.

Chief Harvey Yesno chartered a plane a week after a community member tested posted for COVID-19 on April 5. The flight, which cost the band $4,000, carried the tests of members potentially exposed to the virus to a lab in Sioux Lookout. In total, 41 swabs were taken and all came back negative.

The chief is frustrated that more immediate help wasn’t offered to the community.

“I thought because of our social determinant factors of health, I thought a team would descend into the community and start doing aggressive contact tracing as one of the responses to containing the virus. Well, none of that happened,” Mr. Yesno said.

Instead, a doctor visited the reserve a few days after the positive test and offered “training on contact tracing and training on proper use of PPE,” he said.

In a written statement, an ISC spokesperson said: “We have provided $8-million in COVID-19 emergency funding to support the immediate response needs of Ontario First Nations and Indigenous organizations in the last few weeks.”

The spokesperson added that the department stands “ready to work with the community to support costs related to the chartered flight.”

Eabametoong, which has created its own pandemic plan, was one of the first Indigenous communities in the country to report a positive case. Since then, there have been at least 129 confirmed cases in First Nation communities and 16 in Nunavik’s Inuit communities.

Last week, Indigenous Services Minister Marc Miller said more than $690-million in funding is being directed toward the health response to COVID-19 in Indigenous communities. But Mr. Yesno and other Indigenous leaders say there has been a delay in getting the protective equipment and health resources they need.

Chief Donny Morris from Kitchenuhmaykoosib Inninuwug First Nation, an isolated community about 700 kilometres north of Thunder Bay, submitted a proposal to ISC for emergency funding to provide his community with resources to stay home and self-isolate or be on the land.

“We have no gloves and no masks,” Mr. Morris said. “There are no resources to address the issue if this community gets COVID-19.”

While waiting for funding, Mr. Morris opted to restrict movement in his community for two weeks. Nobody was allowed to come in or leave, expect for the Ontario Provincial Police and nurses.

ISC said Kitchenuhmaykoosib Inninuwug has since been provided $240,000 from its COVID-19 fund. 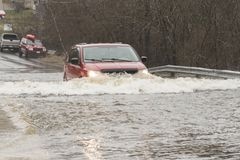 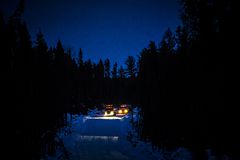 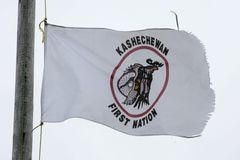