Where once there were parties and travel and offices and restaurants, now there is sourdough.

“I’ve been thinking to myself, why am I making so much bread? And so many cakes and cookies?” asks CJ Katz, a Regina chef, author and host of Wheatland Cafe, a cooking show on CTV in Saskatchewan. “I think there’s this psychological element to us that says, ‘I need comfort right now. I’ll worry about everything else later.’”

As the new coronavirus upends our lives in innumerable ways, the kitchen has increasingly emerged as the epicentre of these changes at home. With many restaurants closed and trips outside severely limited, people have turned to “quarantine cooking,” crafting new kinds of meals out of boredom, craving, a desire for comfort, or – given budget changes and unpredictable store stocks – necessity. Maybe all of the above.

“I guess there’s a feeling like, ‘What can I do? How can I help?’” says Cindy Lazarenko, a cooking teacher, chef and fixture on the Edmonton food scene. “For me, I’ve just been doing a lot of cooking. In one day, I made chili, shepherd’s pie and salmon chowder. And lots of it.”

I’m seeing whipped coffee all over social media. How do you make it?

The science behind why everyone is suddenly baking bread

She is not alone. Google searches with the word “recipe” have more than doubled in recent weeks and are now significantly higher than other traditional home cooking peaks like Thanksgiving and the Christmas holidays. A graph depicting the sharp rise in searches for the word “sourdough” mimics the steep rise of the virus itself.

While most of the world stands empty and quiet, home kitchens around the globe have never been busier.

“It's just a constant stream of people in the kitchen and clean up,” Ms. Lazarenko says. “And as soon as the kitchen’s clean, it's like, ‘Okay, the kitchen is clean. I should cook.’”

Toronto chef Nick Chen-Yin says he was thinking about the connections of food and community when he launched his online open-source cookbook, straightforwardly titled Open Source Recipes to be Used in Quarantine During a Global Pandemic.

“What I miss is just the physical sharing of food. You go to someone's house, or they're coming to your place and you're exchanging knowledge, exchanging stories, exchanging the craft,” Mr. Chen-Yin says. “I just missed that.”

Mr. Chen-Yin says the project began as a way to share recipes with his friends, but then he started to think about people who didn’t cook, and others who would be missing not only their favourite Toronto restaurants, but the connections and community that food provides.

Restaurants near me are now allowed to sell wine with delivery and takeout orders. How will that work?

“Reflecting on it more, this is probably what people are missing,” says Mr. Chen-Yin. “Being isolated, we missed that emotional connection, that ability to sort of tie communities together.”

Ms. Katz has also been sharing recipes online daily on Facebook with a particular focus on economical cooking and simple, doable recipes that she makes for her own family.

To help others who may be struggling financially, she is involved in a project that will produce boxes to feed a family of five for five weeks, complete with a menu and all the dry ingredients to prepare at home. The recipient will only need to buy carrots, milk and eggs.

“When this first hit, my first thought was ‘Okay, I need to watch every penny because we do not know how long it's going to last,” she says. “And so I've been doing a lot of bread baking myself. I haven't bought a loaf of bread in weeks. Everybody of course loves homemade bread, but that is a very good way to save money because it's pennies. Pennies instead of three or four bucks.”

She says the current craze for sourdough – which is created simply from the alchemy of flour and water and time – makes perfect sense, and she wonders what other profound changes might be happening inside those bustling kitchens.

“One of my objectives with the Wheatland Cafe has always been to present easy recipes to get people back cooking in the kitchen. Well, now people are back cooking in the kitchen,” she says. “I think there’s a real silver lining in that, and I’m very curious to see what’s going to happen with people’s consumption patterns. When this is all over, are we going to see people saying, ‘You know what? It was really nice having those family meals.’”

Laura Scheck, a chef who is teaching a "Cooking with what you have: Quarantine Cooking” class online and also offers a “Gourmet My Garbage” consultation service to help people get the most out of ingredients that may otherwise be wasted, says she’s interested in the significant shifts taking place as people are cooking more and shopping less, and in some cases, can’t get the ingredients that would previously have been readily available.

“I've been hearing a lot about people paying attention to waste,” she said. “That could be one of those things where we're actually building good habits. You’re thinking about how everything you don't use or that you throw away is something you risked yourself to go to the store and buy. I think we're being more conscious of it.”

If there is a bright spot to be found in the current moment, Ms. Scheck says it may be in that shift away from thoughtless consumption, and also in a new awareness of supply chains, where food comes from and how it gets to us, and all the people that make that happen along the way.

Of course what those lessons will mean when – or if – life returns to normal, remains to be seen.

Ms. Scheck says she is giving cooking lessons to a woman for whom she used to cook, and recently joked that she was teaching herself out of a job.

I’m seeing whipped coffee all over social media. How do you make it?
Subscriber content
April 15, 2020 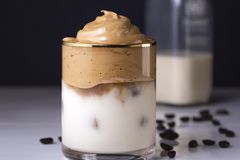 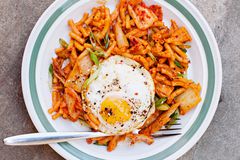 The science behind why everyone is suddenly baking bread
April 8, 2020 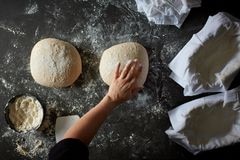