A 1990′s Olympic boxer, Kirk Johnson, is now pushing 50 and does not want to be back in the newspaper, on the radio or on TV.

But here he is after having learned that a battle he began - and thought he had won - more than two decades ago never actually ended.

Mr. Johnson was pulled over by a white police officer for a street check in 1998 that resulted in the impounding of his Ford. The Mustang Mr. Johnson drove at the time had Texas plates because he lived part-time and trained in the Lone Star State. But when the blue and reds began flashing in his rear-view, there was no problem with Mr. Johnson’s insurance or his sobriety or his speed.

He was black. That was the problem, Nova Scotia’s Human Rights Commission would later concur.

“I knew right away what it was. And I knew right then that it was a situation I needed to bring some light to,” the boxer said in a recent interview.

Mr. Johnson launched a human rights complaint that, after a five-year wait, resulted in a decision that spotlighted racial bias in the Halifax-area police and mandated change.

Now, 16 additional years down the road, Mr. Johnson is once again waiting to see whether policymakers will heed a new round of calls to ban street checks. These calls have reached a fever pitch in the weeks since an independent academic report uncovered a pattern of racial profiling by Halifax and area police that did not appear to let up in the wake of Mr. Johnson’s historic case.

The analysis of police data from a 12-year span between 2006 and 2017, published in a report by the criminologist Scot Wortley, showed the equivalent of two street checks for every black person residing in the Halifax area. There was only one street check for every three white people.

“This is 100-per-cent wrong,” Mr. Johnson said. “That’s how you break people down. When you’ve got somebody grinding on you all the time, after a while, it upsets you. Nobody likes being discriminated against. You need to stop harassing us,” he said.

A decision on whether street checks will now be banned is expected to come any day.

In the meantime, Mr. Johnson, stung and sensing the need for an all-hands-on-deck approach, has re-entered the discourse on racism. His human rights victory, in 2003, was heralded in the local papers, which used every conceivable boxing analogy in crowning Mr. Johnson a knockout champion of rights. One named him “Citizen of the Year” for delivering such a seismic blow to racial discrimination at the hands of Nova Scotia police.

“I’m disappointed that it took five long years for justice to be served,” Mr. Johnson told one outlet at the time. “It is closure just to know the system didn’t really let me down.”

Given time, though, it did.

The rights commission’s order that police collect street-check data and analyze it for racial bias fell by the wayside for more than a dozen years. Although police collected the data, no analysis was done until media inquired about it in 2016.

The news hit Mr. Johnson like a slap in the face.

“To realize you do this work to help the situation and the situation isn’t getting better … the bottom line is racism is a bad disease. It’s destroying a lot of people, white and black,” said Mr. Johnson.

He would like to see a ban on police street checks (or, at the very least, a dramatic change in the way the checks are currently conducted).

“In order for us to live in harmony, that type of stuff has got to go.”

Mr. Wortley, the criminologist, recommended a moratorium on street checks after delivering his report.

That recommendation was not taken, nor has a decision on the future of street checks been made. Nova Scotia Justice Minister Mark Furey, a former RCMP officer who also owns the human rights file, promised action the same day that the independent street check report was released. But he asked for more time – and more reporting from various stakeholders, due to him in mid-May – to decide on what that action ought to look like.

Police across the province have been directed to ensure there are no quotas for street checks and that the checks are not used to measure officers’ performance.

Senator Wanda Thomas Bernard said the checks ought to be finally banned.

Ms. Bernard, a social worker and community activist from the black community of East Preston, was one of 16 witnesses who testified in 2003 at the inquiry into Mr. Johnson’s human rights complaint. She now holds the Order of Nova Scotia and the Order of Canada. She, too, is regularly stopped by police.

“I’ve been personally street-checked more times than I’d like to admit,” she said. “This is not just about Halifax. This is a national problem.

“The actions that the leadership in this province takes will be very, very important. We need to lead the change,” she said.

In the meantime, Mr. Johnson plans to be extra cautious on the road. He was stopped again last month by police in Dartmouth.

“They said when I went through a green light, I slowed down,” Mr. Johnson said, shaking his head with some weariness. “I’ll fight for the rest of my life just to get this right.” 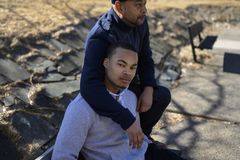 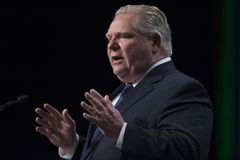 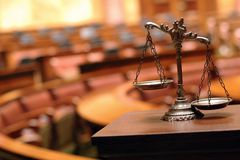