Nova Scotia’s Liberals announced $25 million on Tuesday for affordable housing, but advocacy groups say the measure falls short at a time the homeless are being forced from temporary shelters.

The funds represent the first step in the government’s commitment to implementing the recommendations from a May report by the Nova Scotia Affordable Housing Commission, Housing Minister Geoff MacLellan said during a news conference at a Halifax parking lot.

MacLellan said the money will help provide affordable housing for between 600 and 900 households “in the coming years,” adding that the Housing Department will immediately begin accepting project proposals. “The 600 to 900 (households) aren’t going to save the day, but it’s a good start,” he said. The first units should be ready in 12 to 18 months.

The Liberals appointed the 17-member affordable housing commission last year following public outcry over a series of widely publicized evictions of low-income tenants and rising homelessness around the province during the pandemic. The report defined affordable housing as homes that are in good repair, suitable for their occupants and cost less than about a third of the occupants’ income.

About 44,100 households in Nova Scotia – about 11.4 per cent of the total – are falling short of this threshold, the report noted.

A report by the Canadian Centre for Policy Alternatives recently estimated about 4,880 renters are living in housing requiring major repairs, and 2,385 live in “unsuitable conditions.” The study concluded that when Ottawa stopped supporting affordable housing in the 1990s, Nova Scotia was not prepared to fill the gap, resulting in a large shortfall.

Pat Donovan, co-chair of the Halifax chapter of the Association of Community Organizations for Reform Now, says the government’s announcement isn’t enough. “We need much more significant investments into affordable housing than $25 million,” he said Tuesday in an e-mail.

“We need to be investing in deeply, permanently affordable housing.”

Meanwhile, as the minister made his announcement, the City of Halifax said it plans to remove the small, insulated shelters that an advocacy group for the homeless erected around the community last winter. The city issued a notice requiring the homeless to vacate the shelters and remove all their personal belongings from them, and it advised the groups that had erected the shelters to remove them by July 13 or the city would intervene.

The city said the province has been working to ensure all of the occupants of the shelters will be offered temporary accommodations that would tide them over until permanent housing becomes available.

MacLellan referred questions on the topic to the Department of Community Services, saying there’s “no cookie-cutter” approach to finding housing for people who had moved into the tiny shelters.

As spokeswoman for Community Services said Tuesday the department will work with community agencies “to ensure that every person staying in a tiny shelter has access to appropriate supports.”

“There are currently 12 people in the tiny shelters,” Carley Sampson said in an e-mail. “All will be offered a place to stay while housing support workers work with them to secure permanent, safe and stable housing. We will have a better idea in the coming days of how many will choose to accept our support.”

She noted the province has announced $3.5 million in funding for the Affordable Housing Association of Nova Scotia to purchase properties in the Halifax area that will provide housing for people who might otherwise remain homeless.

The group that built the shelters, Halifax Mutual Aid, issued a statement Tuesday saying the temporary accommodations have provided housing at a time of widespread shortages, and that the waiting list of people who need a crisis shelter continues to grow. “This change in policy will further endanger the growing number of people in our community without long-term housing,” the group said.

The province imposed temporary rent caps of two per cent during the pandemic, and it banned evictions for renovations – referred to as “renovictions” – but the measures will end once the government lifts the pandemic-related state of emergency or by February 2022, whichever comes first.

The NDP opposition said Tuesday in a statement the $25 million is “welcome and necessary,” but that the affordable housing crisis will deepen when rent caps are removed. 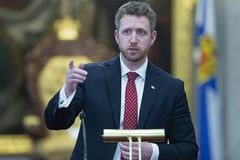 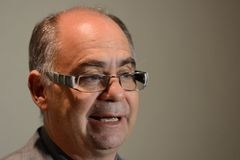