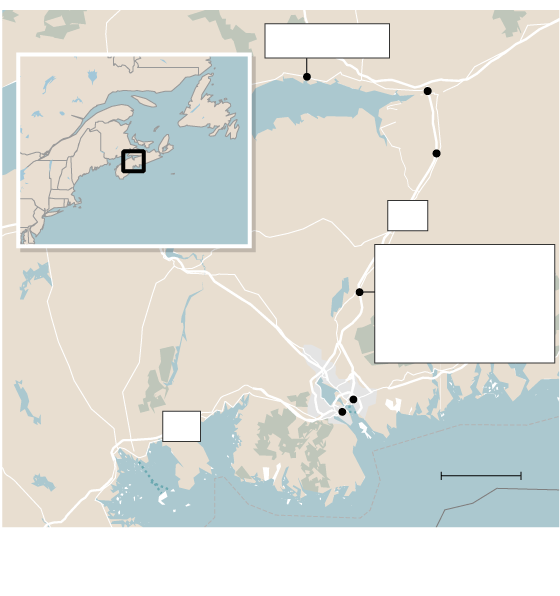 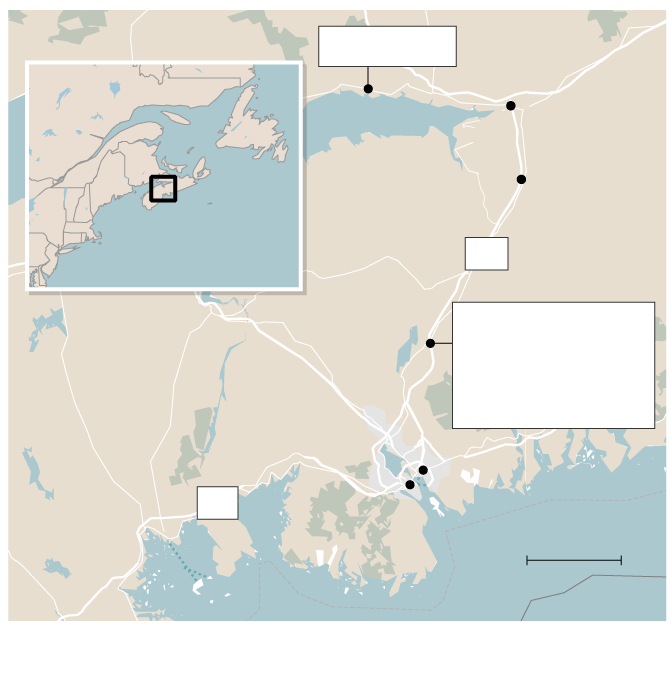 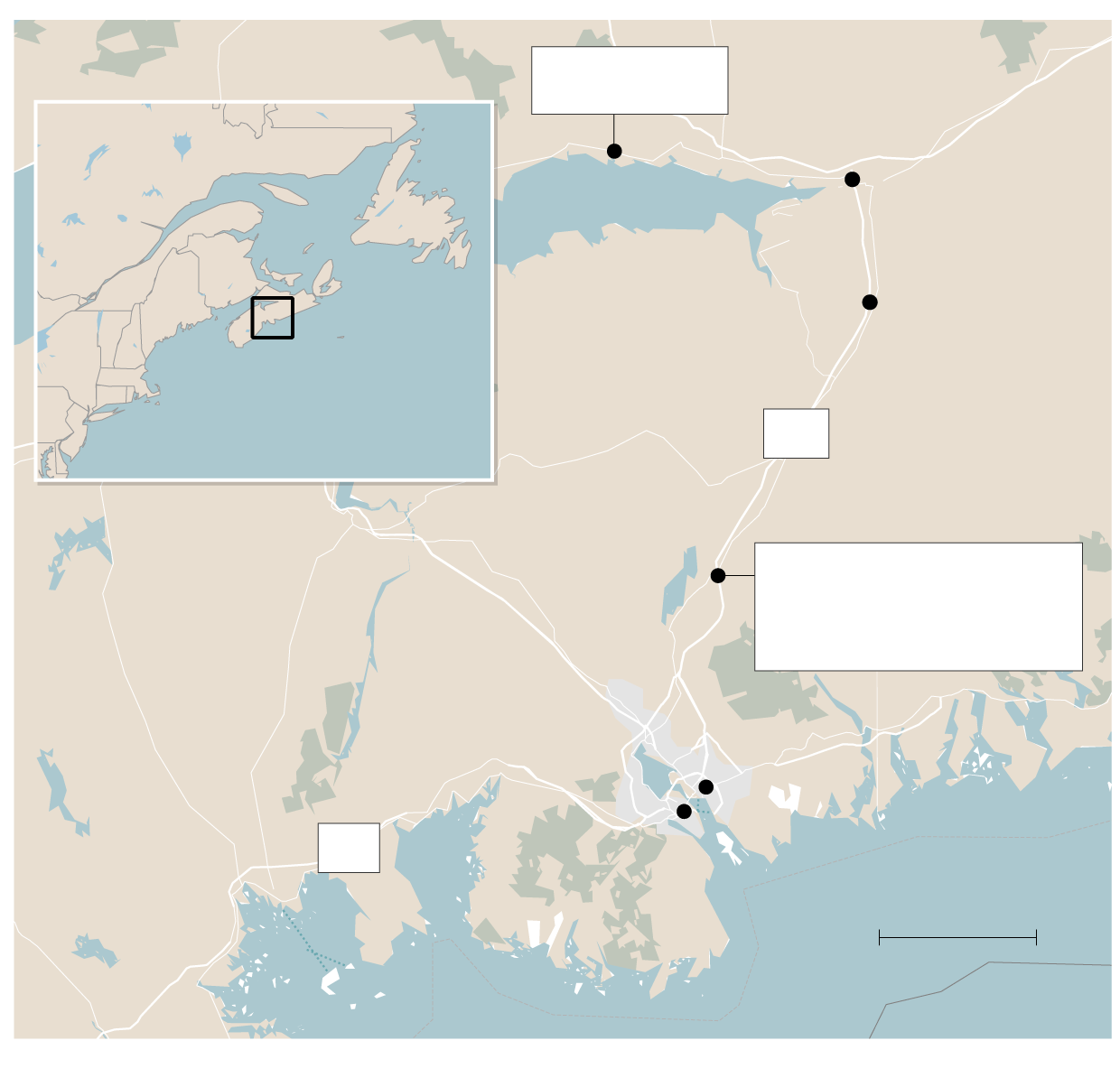 Portapique is a beachside town of about 100 residents on Nova Scotia’s Cobequid Bay, about a 90-minute drive from Halifax. Records show the suspect owned two large properties on Portapique Beach Road, where police allege that he argued with, physically abused and confined his common-law partner on Saturday, April 18. She escaped into the woods before the gunman’s rampage began later that night, and is now a “significant key witness” in the investigation, a police spokesman said.

Police said they answered 911 calls reporting gunfire in Portapique and arrived around 10:30 p.m. (AT) to find houses on fire, 13 people dead and no suspect in sight. He was apparently dressed in a full police uniform and vest and driving a Ford Taurus disguised as an RCMP vehicle, which he used to continue his killing spree elsewhere the next morning.

The RCMP announced the suspect’s identity in an 8:54 a.m. tweet, warning the public of his reported whereabouts and urging them to stay away. At no point in the 12-hour manhunt did the RCMP use the province’s emergency-alert system to warn locals on their cellphones, though the province’s Emergency Management Office eventually sent an alert on their own.

In Shubenacadie, he encountered the real RCMP. One officer initially mistook him for a fellow Mountie, but the suspect fired on him and the wounded officer drove himself to a nearby hospital, according to an April 24 news conference reconstructing the timeline of events. Another RCMP constable in Shubenacadie rammed the suspect’s car, and as both cars were burning, she died in an exchange of gunfire. The police union called this a life-saving decision: Without his replica vehicle, the gunman was no longer able to exploit the public’s trust to get close to more potential victims.

The RCMP finally caught the suspect, who had by now changed clothes and was now driving a silver Chevrolet Tracker SUV, when he and an RCMP car happened to stop for fuel at the same Irving Big Stop gas station in Enfield. A gun battle ensued and the suspect died at the scene.

The Nova Scotia rampage is the deadliest mass shooting in Canada, surpassing 1989′s Montreal massacre, in which a gunman killed 14 people at École Polytechnique and then himself. Here’s what we know so far about the victims. For more detailed profiles of each person, read here.

Who he was: Gabriel Wortman, 51, was a denturist who practiced at several clinics in Nova Scotia. Neighbours told The Globe and Mail that his business, Atlantic Denture Clinic in Dartmouth, was closed due to the COVID-19 pandemic.

What he had: Acquaintances and neighbours said he was obsessed with law enforcement and its memorabilia, and that he refurbished old police cruisers that he bought at auction. The vehicle used in the attack was a meticulous replica of an RCMP cruiser, right down to the rims, decals and lights. Police believe his long guns were obtained in the United States, and he also had a Canadian-registered handgun, but no firearms license of his own.

Why he did it: No motive has yet been given. Police have determined that he acted alone, but are still investigating whether anyone may have helped him in the leadup to the attack. Any Nova Scotians with information about him or the attack are encouraged to call a dedicated police tip line, 1-833-570-0121.

Canada and the world in grief

The Queen's message to the people of Nova Scotia: pic.twitter.com/sucHkZM0FC

It has been a devastating day in Nova Scotia. To the families of the victims & to those who are still feeling afraid, my heart goes out to you. Know that all Nova Scotians are with you. I want to thank the @RCMPNS for apprehending the suspect & doing their best to protect NSians. pic.twitter.com/QqwuBN2J8a

It is saddening to hear of such a tragic event taking place. On behalf of government and all New Brunswickers, I send thoughts and prayers to the people of our neighbouring province.

Its been a terrifying & tough day for our neighbours in Nova Scotia. Many families have lost a loved one, communities are shaken & an entire province is mourning. My heart goes out to everyone affected.
I’ve been in touch with @StephenMcNeil & gave condolences on behalf of PEI