Nova Scotia’s freedom of information commissioner says too many of her formal findings are simply being refused by provincial departments.

Catherine Tully issued the annual report of the Office of the Information and Privacy Commissioner on Wednesday, saying it will take public determination to bring the province’s access to information laws “into the 21st century.”

The report will be her last: She is set to retire on Aug. 31.

It says that between March 2018 and April 2019, government departments “fully accepted” only 40 per cent of formal recommendations after she conducted reviews that often took many months.

Unlike many Canadian jurisdictions, it’s up to Nova Scotians to go to court to fight for review findings when the province denies information.

In an interview, Tully said the costs are often prohibitive and multiple people have told her they can’t afford to go to court to enforce findings in their favour.

She said other provinces and territories, including British Columbia, Ontario, Prince Edward Island and the Northwest Territories, have given their information and privacy commissioners binding powers.

The provinces can still seek a judicial review, but the burden of proof is on the government, she said.

“When the burden shifts to the public body ... it will only be on the rare occasion where the government is prepared to go to court,” she said.

Opinion: A modern Access to Information Act is long overdue

Earlier this year, Tully told the province’s Justice Department it should provide The Canadian Press with most of an internal report on a 23-year-old inmate’s methadone overdose, other than the names of guards and prisoners.

The department didn’t fully comply, even after she noted it hadn’t provided any evidence to back its assertions that releasing the report would harm law enforcement.

Tully has said government departments often argue that releasing documents would cause harm, and when she rejects their arguments due to lack of evidence the departments still refuse to release them.

A spokeswoman for Mark Furey, the minister of Justice, said in an e-mail the Liberal government is “committed to being open, transparent and accountable.”

“It is important that we continually review our legislation to ensure it is effective and responsive to the people it serves. The Department of Justice is currently reviewing the Freedom of Information and Protection of Privacy Act to see where we can modernize it.”

Houston said in an interview that should his party take power, it would make the commissioner an independent officer of the legislature and give her “order-making ability, and ... more authority.”

The NDP has indicated a similar stance.

Tully also notes in her annual report that provincial departments are the least likely to resolve freedom of information reviews informally, as compared to municipal bodies and health agencies.

In addition, she repeated an earlier finding that her office lacks sufficient resources to cope with a backlog of cases.

She said that means long delays – an average of almost 300 days last year – before reviews and complaints are resolved. 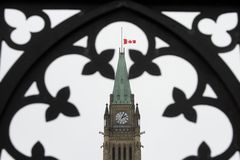 N.S. information czar wants law to put onus on province to comply with rulings
June 27, 2017
Bill would boost information czar's powers, backpedals on ministers' offices
June 19, 2017
Report an error
Due to technical reasons, we have temporarily removed commenting from our articles. We hope to have this fixed soon. Thank you for your patience. If you are looking to give feedback on our new site, please send it along to feedback@globeandmail.com. If you want to write a letter to the editor, please forward to letters@globeandmail.com.
Comments